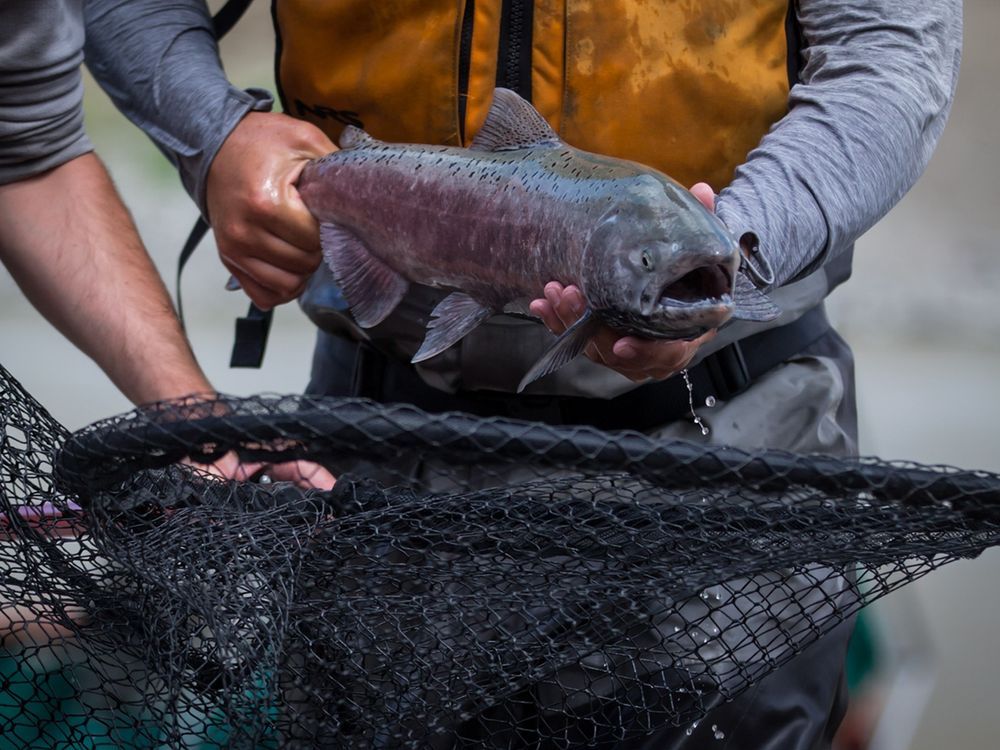 Fisheries and Oceans Canada says 280,000 salmon have already been counted above the slide site north of Lillooet.

Thousands of migrating sockeye and chinook salmon appear to be making it through a massive slide area on the Fraser River on their way to spawn in central British Columbia.

Fisheries and Oceans Canada says 280,000 salmon have already been counted above the slide site north of Lillooet, contrasting greatly from three years ago when barely 100 salmon were counted.

Gord Sterritt, a director of the group Upper Fraser Fisheries Conservation Alliance, says there is excitement within Indigenous communities about the potential arrival and harvest of wild salmon.

In 2019, a rock slide of about 110,000 cubic metres fell into the river canyon, creating an almost impassable barrier for migrating salmon.

Rescue efforts to get the trapped salmon beyond the slide included shooting them through a so-called salmon cannon, capturing them and using a truck or helicopter to take them past the site and moving huge boulders into the river to create a pathway to help ease the fish beyond the slide zone.