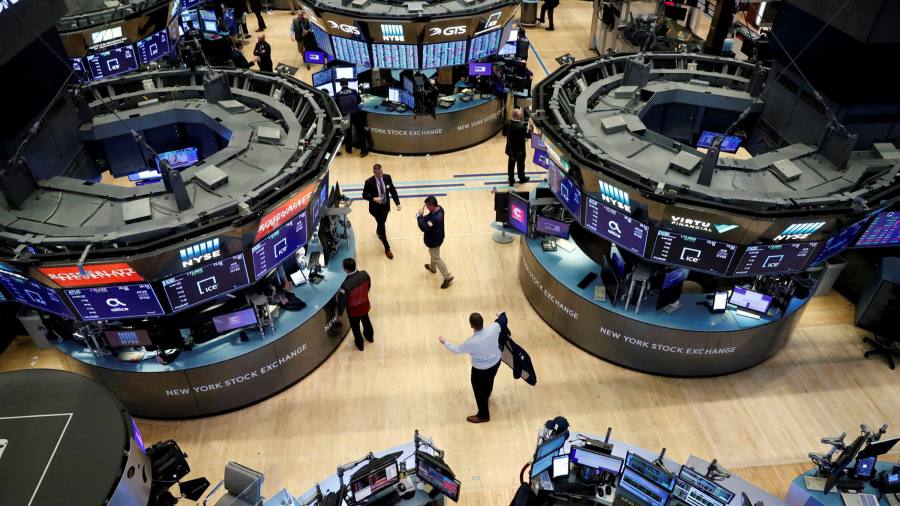 European stocks edged up on Friday, following sharp falls for global equities in the prior session, after the White House warned Russia could invade Ukraine within days but also said the Kremlin may be open to talks.

Financial markets have swung sharply over the past week, with developments in Ukraine raising fears of potential supply chain disruptions that have driven energy prices to multi-year highs.

Speaking at the White House on Thursday, Joe Biden, the US president, said there was a “very high risk” of a Russian invasion and that he believed Moscow was engaged in “a false-flag operation to have an excuse to go in”.

Antony Blinken, US secretary of state, said late on Thursday he had invited his Russian counterpart Sergei Lavrov to meet in Europe next week to prepare a possible summit of “key leaders”.

A state department spokesperson said Russia had responded with possible dates “late next week” for a meeting with Blinken. But he cautioned that this was contingent on Russia not invading Ukraine.

Jim Reid, Deutsche Bank strategist, said the prospect of talks “may help avoid a de-risking [of investment portfolios] ahead of the weekend as without it I suspect that few traders would have wanted to go home too long”.

Russia’s Moex share index rose 0.6 per cent following a 3.7 per cent loss in the previous session. The rouble moved 0.9 per cent higher against the dollar.

International oil benchmark Brent crude, which touched a seven-year high this week, was down 0.7 per cent at $92.31 a barrel. West Texas Intermediate, the US marker, was off 0.8 per cent at $91.02.

“Investors will react strongly if fighting breaks out,” said Mansoor Mohi-uddin, chief economist at Bank of Singapore, with the conflict likely to favour Treasuries and other havens while further boosting oil and gas prices.

“A prolonged downturn in global markets, however, would depend on whether Russia tries to fully occupy Ukraine and if the US sets harsh sanctions on Russia’s oil exports,” he added.

Futures markets pointed to gains on Wall Street later in the day, with contracts tracking the blue-chip S&P 500 index adding 0.5 per cent.

The S&P 500 closed more than 2 per cent lower on Thursday, while the tech-focused Nasdaq Composite dropped almost 3 per cent

Government bond markets were steady after rallying sharply in the previous session. The yield on the benchmark 10-year US Treasury note, which moves inversely to its price and underpins borrowing costs worldwide, was flat at 1.98 per cent.

Germany’s equivalent Bund yield was also unchanged at 0.24 per cent.