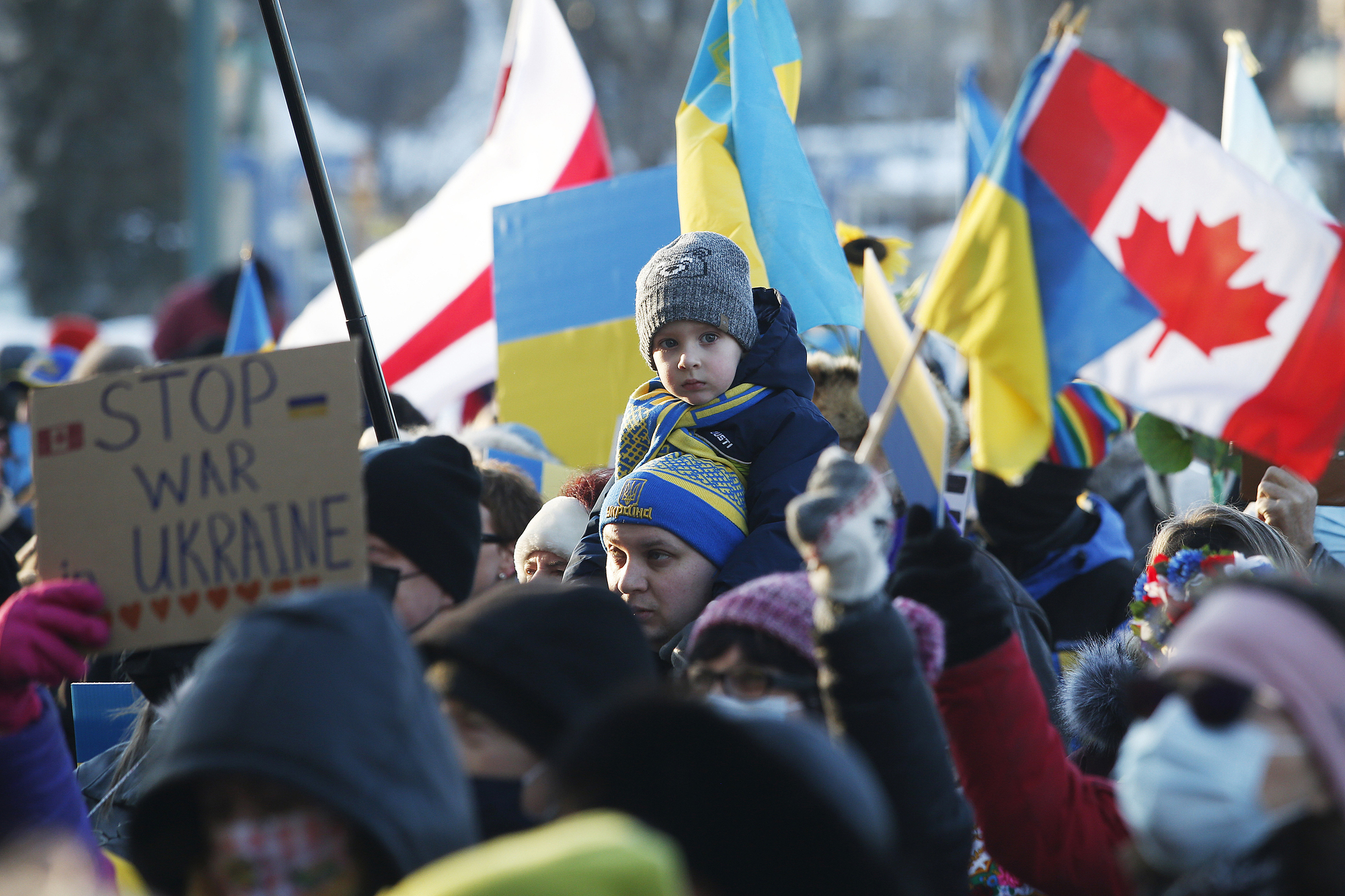 Europe and Canada said Sunday they would close their airspace to Russian airlines after Russia’s invasion of Ukraine, raising the pressure on the United States to do the same.

European Commission President Ursula von der Leyen said the European Union would shut down its airspace for planes owned, registered or controlled by Russians, “including the private jets of oligarchs.”

Canada’s transport minister, Omar Alghabra, said his nation was closing its airspace to all Russian planes to hold the country accountable for an unprovoked attack on its neighbor.

The European Union action came after many of its member countries had said they were barring Russian planes or planned to do so by Sunday night.

Belgian Prime Minister Alexander De Croo tweeted that European skies are “open for those who connect people, not for those who seek to brutally aggress.”

“There is no room in Dutch airspace for a regime that applies unnecessary and brutal violence,” Mark Harbers, the Netherlands’ minister of infrastructure and waterworks, said on Twitter.

A handful of European nations including Spain, Greece and Turkey had resisted closing their airspace before von der Leyen’s announcement.

Robert Mann, an aviation consultant in New York, said the moves by the European Union and Canada would put added pressure on the U.S. to also bar Russian flights.

“It is difficult to understand why we are last to move, both operationally and financially,” he said.

As more airlines canceled flights in and out of Russia, and more countries blocked Russian airlines, the U.S. embassy in Moscow said Americans there “should consider departing Russia immediately via commercial options still available.”

On Sunday afternoon U.S. time, a Moscow-New York flight by Russian national carrier Aeroflot turned back after passing over Norway, according to flight-tracking services. The plane had been routed to fly over Canada. Other Aeroflot flights took circuitous routes after European countries began closing their airspace.

Growing tension between Russia and western nations over Russia’s invasion of Ukraine have so far had a modest impact on airlines, which are trying to recover from huge losses since the start of the COVID-19 pandemic. They face jet-fuel prices that have climbed more than 50 percent since last summer, and are likely to rise further because of sanctions against Russian oil and natural gas.

Airlines in the U.S. and Europe are expecting to pack planes with transatlantic vacationers this summer. Helane Becker, an airline analyst for Cowen, said Friday that she continued to expect strong travel demand from the U.S. to western Europe, but travel to eastern Europe “will be curtailed until there is some resolution or some assurance it won’t spread to other countries.”

George Dimitroff, an analyst for aviation-research firm Cirium, said most of the largest European airline had one or two daily flights to Moscow and St. Petersburg and won’t be affected much, although Hungarian budget carrier Wizz Air, which had a hub in Kyiv, may feel the pinch slightly more.

With European airspace closed off for now, Aeroflot, Rossiya and S7 “effectively become Russian domestic carriers,” he said. Of those, Aeroflot had the most international flights.

The global tension is already costing some airlines more money to reroute flights.

An American Airlines flight from Delhi to New York has been stopping in Bangor, Maine, to refuel because its new route, skirting to the south of Russia, is longer. It remains to be seen whether United Airlines will do the same on four routes between the U.S. and India. Those flights usually go over Russia, and two of its planes were sticking to those paths on Sunday.

Ian Petchenik, a spokesman for tracking service Flightradar 24, said “dozens” of cargo flights from Anchorage, Alaska, that would ordinarily pass over eastern Russia were being rerouted. “They will take a fuel penalty,” he said.

Mann, the aviation consultant, estimated that passenger flights forced to reroute could add between $4,000 and $12,000 per hour in costs, depending on the size of the plane and the price of fuel.

“Some routings will simply become uneconomic or impractical,” he said.

Cargo carrier FedEx said Sunday it has temporarily suspended flights to Russia. The company said in a statement that it continued to provide service inside Russia and between Russia and other countries “where conditions allow.”

Last week, shortly after Russia’s invasion, Delta Air Lines suspended a partnership with Aeroflot in which the airlines sold seats on each other’s flights.