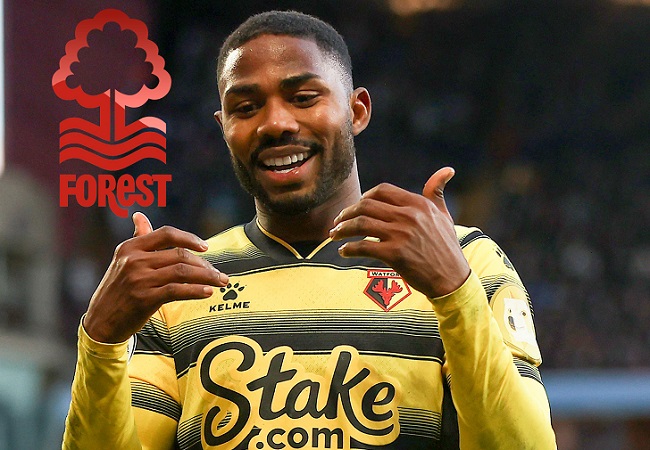 Nottingham Forest have agreed on £20m deal to Watford FC for the transfer of Emmanuel Dennis. And the Nigerian international who is expected to sign a four-year deal for the Premier league side, has successfully completed his medicals.

the Super Eagles forward joined Watford last season for £3.5m and hit the ground running in the first half of the season, scoring 10 goals before the season was split into two.

He racked up 6 assists during the season. But his contributions were not enough to keep Watford in the Premier League.

He had been previously linked with moves to Everton and West Ham but none materialised.