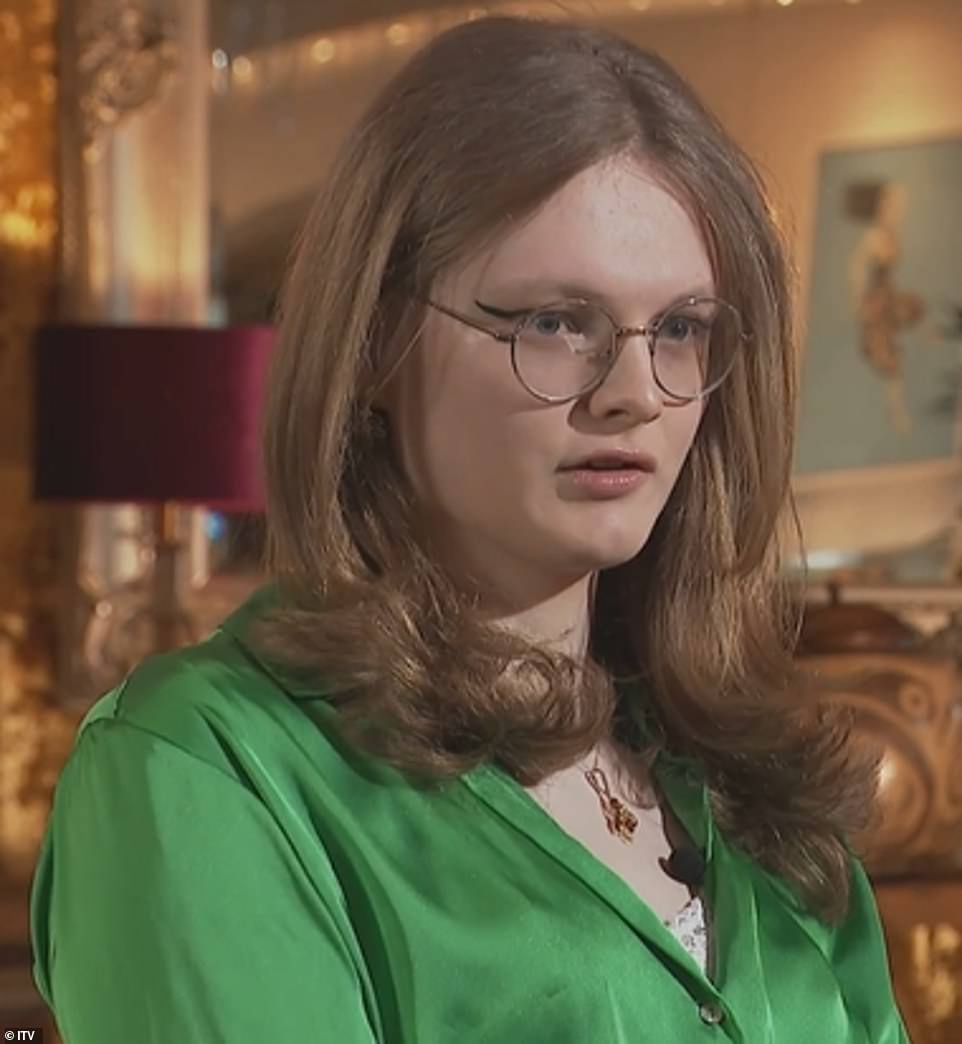 Transgender cyclist Emily Bridges has launched a blistering attack on Boris Johnson, claiming that the under-fire PM’s remarks that ‘biological males shouldn’t compete in women’s sports’ were the catalyst for a wave of violent threats.

The 21-year-old Welsh athlete made headlines in March when she was barred from competing against Olympic hero Dame Laura Kenny in the British National Omnium Championships at the 11th hour by world governing body UCI.

The controversy sparked a debate which spread beyond the world of sport, and prompted Mr Johnson to wade into the row by saying that biological males should not be allowed to compete in female-only sports events. He also said that parents should have ‘involvement at the very least’ in decision made by children to alter their gender.

Mr Johnson also said that women should have spaces in hospitals, prisons and changing rooms which were ‘dedicated to women’.

‘That’s as far as my thinking has developed on this issue. If that puts me in conflict with some others, then we have got to work it all out,’ he said. ‘That doesn’t mean that I’m not immensely sympathetic to people who want to change gender, to transition. It’s vital that we give people the maximum possible love and support in making those decisions.

‘But these are complex issues and I don’t think they can be solved with one swift, easy piece of legislation. It takes a lot of thought to get this right.’

During an interview with ITV News, Bridges excoriated the Prime Minister, claiming that his remarks inspired a wave of threats of physical violence including kneecapping. She also accused him of ‘not knowing anything about’ the trans issue.

‘It’s really strange to see, probably the most famous man in Britain, talking about you and having an opinion on something he doesn’t know anything about,’ she said. ‘The response after that was as expected. I had threats of physical violence made against me, and by complete strangers online, and I’m scared a lot of the time about being who I am in public.

Emily Bridges suffered threats of ‘physical violence’ after the Prime Minister made his ‘controversial’ comments back in April.

Bridges, pictured here in August 2018 competing as a man, Zach, had set a national junior men’s record over 25 miles in the same year and competed as a man until earlier this year. Now known as Emily Bridges, she was going to race against women  including Laura Kenny in March but this was stopped at the 11th hour amid claims of a boycott

Emily Bridges won the race, followed by Lilly Chant and Jo Smith in third – but the photo has sparked backlash amongst gender critics on social media

Bridges had met British Cycling’s previous requirement – that riders in the female category have had testosterone levels below five nanomoles per litre for a 12-month period prior to competition – in time to race in Derby, but the UCI did not grant her a switch in licence

British Cycling has recently suspended its trans policy, blocking athletes from switching their racing licence from male to female until they had reviewed their rules.

Bridges, who was on British Cycling’s senior academy in 2019 and came out as a transgender woman in October 2020, said the spotlight placed on her made her ‘scared’ she would be ‘recognised in public’.

She added: ‘I’m scared a lot of the time about being who I am in public. Is someone going to recognise me? They were real concerns and it was a real fear that I had after the comments were made, and it was scary. I was scared.’

During the subsequent debate, British Cycling said it was suspending its transgender policy pending a review ‘to find a better answer’.

Some of those most vocal against Bridges’ potential inclusion in the March event pointed to the fact she had competed in the men’s points race of the British Universities’ Championships a month earlier.

The cyclist accepts in hindsight it was maybe the wrong decision but insisted it was made to ensure she remained competitive, especially ahead of appearing at the championships in Derby, which initial British Cycling rules on transgender participation ensured she could enter.

‘It probably wasn’t the right thing to do,’ Bridges admitted.

‘I wanted to do it because I wanted to keep my skills sharp. Immediately after I came off the track, I was like ‘I kind of wish I hadn’t done that’ because I knew what was coming.’

After the UCI’s intervention and failure to grant Bridges a switch in licence, British Cycling suspended its transgender policy pending a review to ‘find a better answer’.

It meant any hopes the cyclist from Wales had of competing at the Commonwealth Games – where transgender females are allowed to race in the women’s event – in Birmingham this summer were dashed.

Pictured: Bridges before she began her transition and began openly identifying as female

Bridges added: ‘I knew that my main goal for the season, the Commonwealth Games, was then out of the question because I couldn’t race this event, and it was unlikely I was going to be able to race any international events during the Welsh Cycling’s set timeframe for the selection.

‘So the Commonwealth Games were gone. I feel a real pride about being Welsh and I wanted to represent my country.’

Bridges also said one of her main goals was to make sport inclusive for ‘everybody’.

She said:’ I don’t know if I see myself as a role model (for trans women) but I would like to think what I’m doing is helping other people and making things easier for the people who come after me.

‘That’s the goal to make people feel more comfortable in who they are and hopefully make cycling and sport a more welcome place for everyone – not just trans people or LGBT – for everyone.

‘Sport, from what I’ve seen of it, is not an inclusive space.’