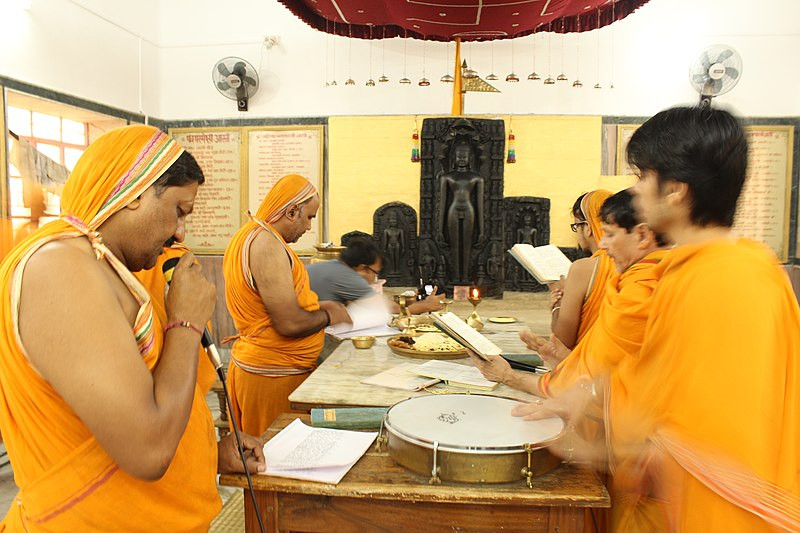 A video that has gone viral on social media brought a cruel Indian tradition to light, wherein a person gets every strand of hair pulled from their head by hand until they go bald. The tradition is followed by people who are devotees of an ancient Indian religion called Jainism.

The video that went viral shows 8-year-old Aangi Bagrech performing a practise called “Kaya Klesh,” a ritual followed by Jain monks who take the lifelong vow of diksha or monkhood. The painful procedure is carried out as a form of penance. Bagrech hails from Gujarat’s Surat city.

Bagrech had started living as a Jain nun during the coronavirus-induced lockdown in the country. Her new status implies that she will not be able to see her family again and will be known as Hemagi Ratna Shree Ma.

She will have to live with a group of nuns who do not stay anywhere for more than twenty days and travel on foot. These nuns are only allowed to wear simple white clothes and survive on alms.

“She was tested by her gurus and they found her eligible to become a monk. She spent nearly two years with monks and will now live her life in monkhood,” said her father Dinesh, according to The Mirror.

“She refused mobile phone, precious gifts, and clothes. She sat on a nine-day fast with a demand for Diksha, about five months ago. My aunt took diksha in the past and she is the inspiration for Aangi. My entire family feels proud that a girl from our family is renouncing the materialistic world,” he added.

They believe in the philosophy of Ahimsa, or non-violence. Therefore, almost all Jains are vegetarians. Some of them do not even eat onion and garlic since they are root vegetables. The Jains believe that eating a root vegetable kills a plant completely, which is seen as an act of violence.