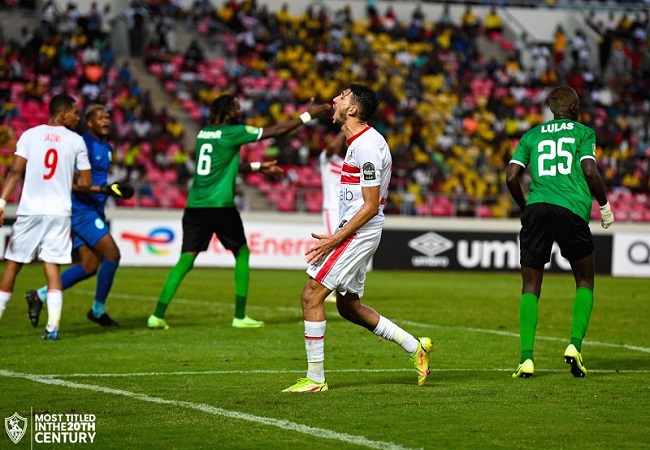 Zamalek ended their poor African Champions League group-stage campaign without a single win after being held to a 0-0 home draw by Angola’s Sagrada Esperanca in a dead-rubber on Friday.

Zamalek failed to give Portuguese coach Jesualdo Ferreira his first win after he returned to the club last month, producing another lifeless display.

Zamalek exit CAF Champions League after a disappointing run as the Egyptian champions have been officially knocked out after only four games in the group stage.

Going into the sixth-round fixture, the White Knights had only collected three points from three draws and two defeats, placing third in Group D, eight points behind second-place Wydad.

In their last game of this year’s Champions League campaign, Zamalek hosted fourth place Sagrada Esperança who were also knocked out of the competition.

Zamalek started strong, controlling the ball possession and looking for an early lead over their Angolan guests.

After that, the Whites kept pressing. But they couldn’t find what they were looking for, as their chances weren’t a threat to the Angolan nets.

The Egyptians became more aggressive after the half-time break as they kept looking for the opening goal.

Seven minutes into the second half, Abdelshafy sent a screamer that almost put his team ahead. But his strike unfortunaly hit the post.

In the 78th minute, the visitors almost snatched the three points. But Jo Paciencia’s close-range strike was high and wide to the left.

Zamalek then went all out for a late winner. But all their attempts were denied by Sagrada Esperança’s defense for the game to end in a goalless draw.