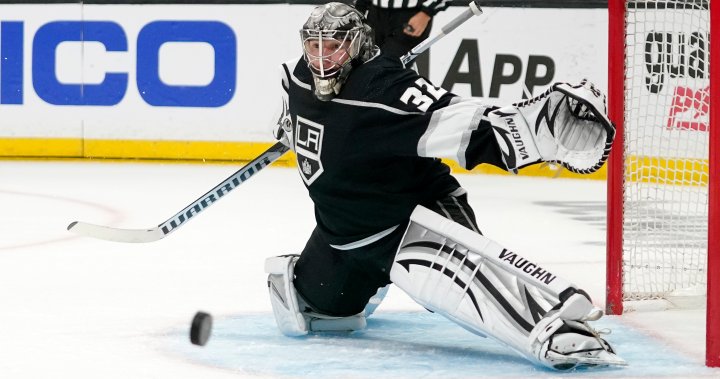 The Kings took the lead eight minutes into the game. Phillip Danault drove the net and dropped a pass to Trevor Moore who flipped in his second of the series. Six minutes later, Troy Stecher’s shot ticked in off Duncan Keith’s stick to make it 2-0 Kings.

The Oilers had the game’s first power play in the second period, but the Kings had the best chance. Phillip Danault took the puck away from Tyson Barrie at the blue line and went in alone. Mike Smith came up with the save. Late in the second, Kailer Yamamoto’s shot glanced off Quick’s shoulder and hit the crossbar. Seconds later, Quick made a great save on Evander Kane. Quick made both stops despite having lost his glove on the play.

With five minutes to go, Carl Grundstrom drove to the net down the right side. He was taken down by Darnell Nurse and slid head first into Smith, forcing the puck over the goal line in the process. The Oilers challenged for goalie interference, but the goal stood. Grundstrom added an empty netter.

Smith finished with 42 saves. Both teams were 0/3 on the power play.