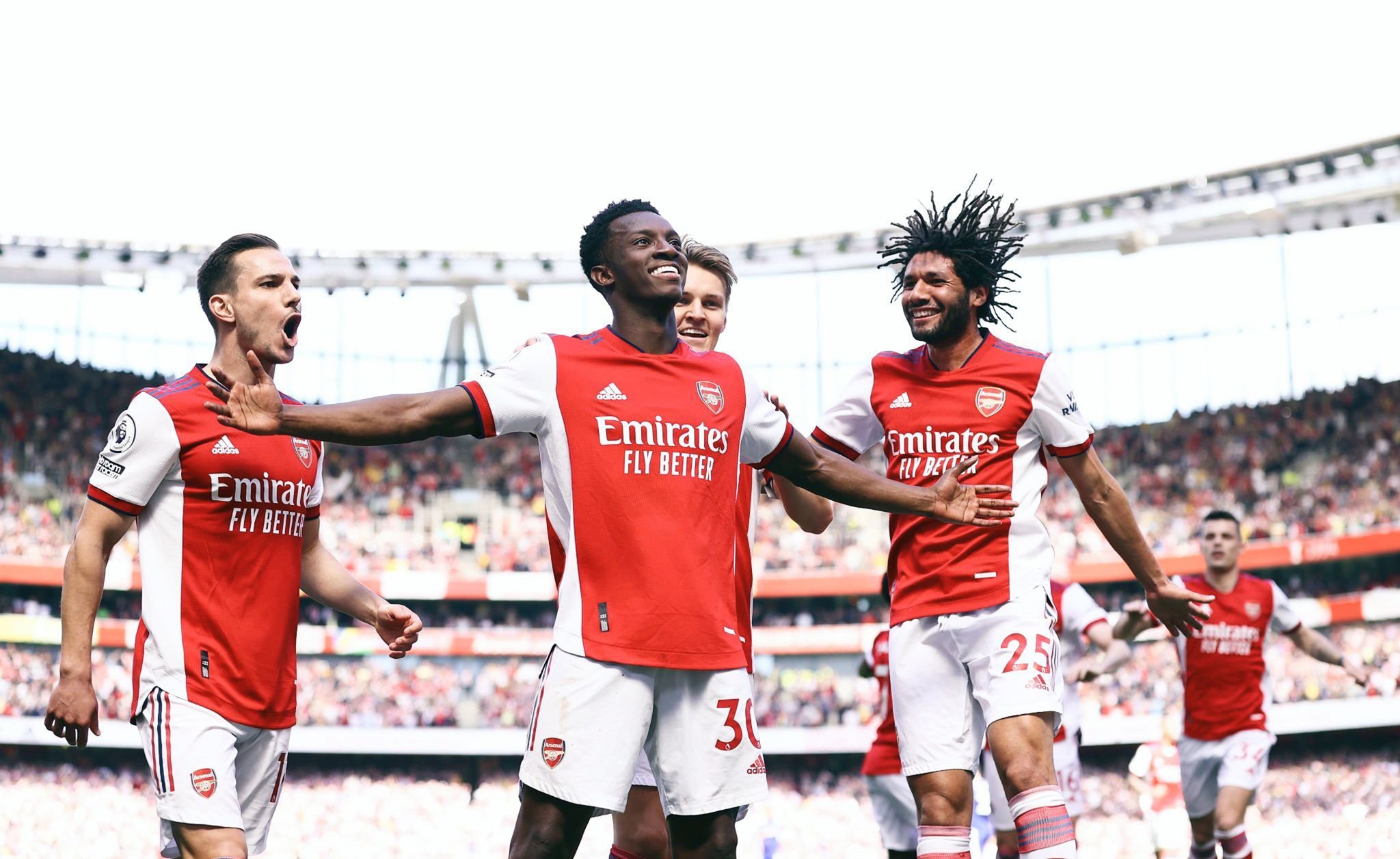 Ghana-bound Eddie Nketiah netted a brace against Leeds United on Sunday afternoon to help Arsenal win 2-1 and revive their UEFA Champions league hopes for next season.

After Tottenham’s 1-1 draw against Liverpool on Saturday evening, the Gunners needed to beat Leeds in order to take a four-points advantage over the Spurs in the race to clinch the last UCL post.

And Mikel Arteta’s men did it with style with 22-year old Nketiah opening the deadlock just after 5 minutes of play.

The Ghana Black Stars-bound made it two nil for Arsenal in the 10th minutes as he caught Ilan Meslier sleeping.

Diego Llorente netted the reducer for Jesse Marsch’s team in the 66th minute but it was insufficient to prevent Arsenal from winning.

The Emirates Stadium side is now fourth on Premier League standings with four points ahead of Tottenham.