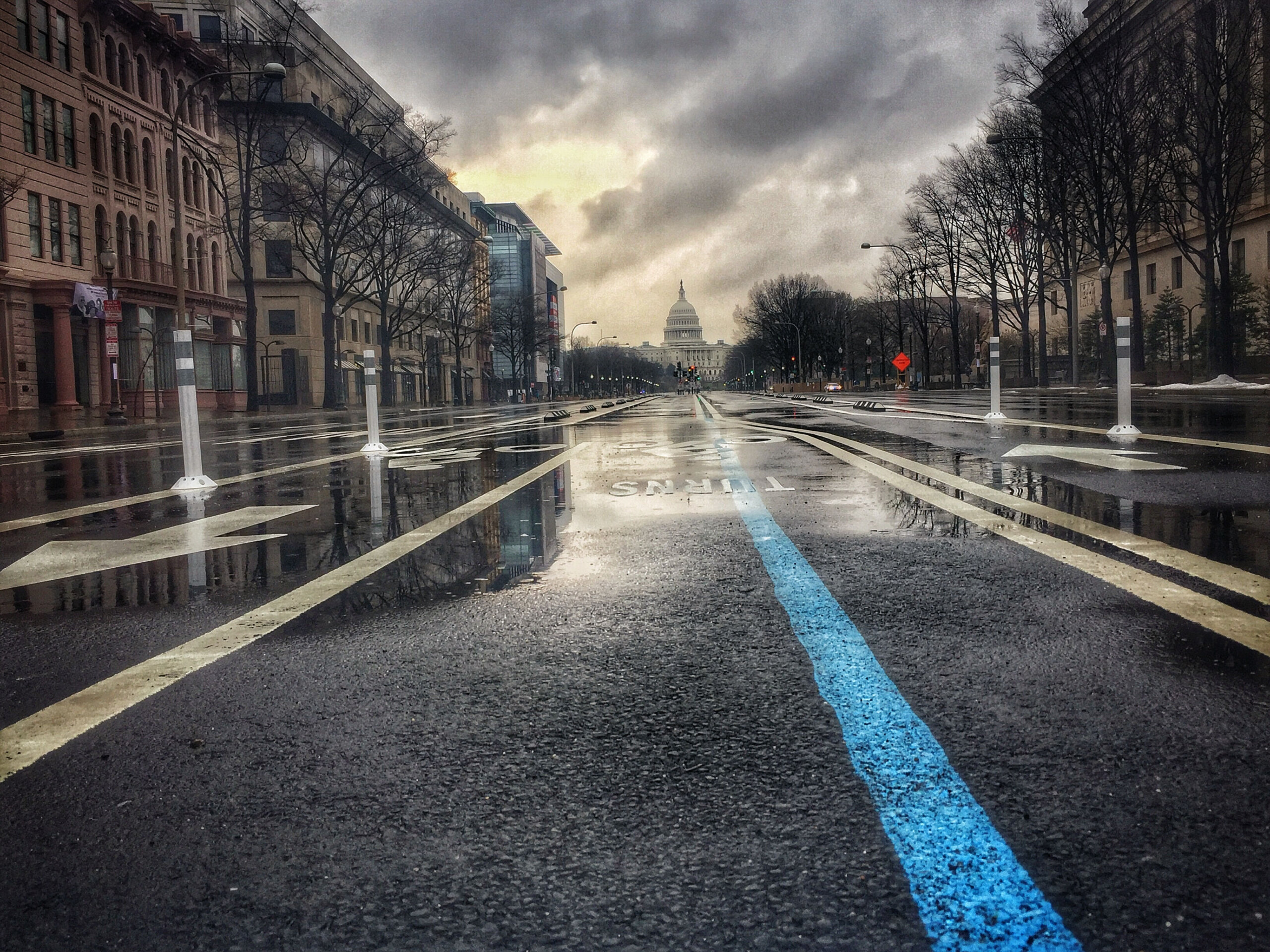 A stormy Wednesday night saved some leftovers for Thursday morning, but the rain will leave well before the afternoon arrives, making for a sunny day with low humidity.

A stormy Wednesday night saved some leftovers for Thursday morning, but the rain will leave well before the afternoon arrives, making for a sunny day with low humidity.

Storm Team4 meteorologist Chuck Bell reported that the storms were moving northwest up Interstate 95 and out of the WTOP listening area around 3:30 a.m. Thursday, clearing the way for an overcast, but dry commute for the morning rush hour.

That said, Bell did warn that there have been several reports of flooding, so drivers should use extra caution to avoid high or fast-moving water. Isolated areas of high, standing water on area roadways are of particular concern, according to Bell.

Water hazards will evaporate as the sun rises, making for an ideal back half of the day.

The storms are over and the final raindrops are racing out of the area. We will get back to sunshine and a steady Northwest breeze over the next few hours and it will be a beautiful afternoon and evening. Join me on News4Today for an update on weekend rain chances. @nbcwashington pic.twitter.com/SxhrbxvZRW

The calm conditions are well-earned after a wet end to Wednesday and start to Thursday.

Flood warnings were in effect for multiple Maryland counties as well as a flood watch for most of the D.C. region during the predawn hours on Thursday.

That was in the wake of scattered storms which brought torrential downpours and gusty winds to parts of the D.C. region Wednesday evening, generating multiple weather alerts, including two tornado warnings. The storms rapidly dumped between 1-3 inches of rain in some areas.

The severe weather led to flooding and road closures in Maryland, particularly in historic Ellicott City in Howard County, where Main Street and nearby roads were shut down for about an hour.

Tornado Warning. Now flood warning in Ellicott City.
Tributary out back of our apt is rising and moving fast. pic.twitter.com/cKwWgbk6NX

A spokesperson for the Howard County Fire Department told WTOP a tornado may have touched down in the area of Cradlerock Way and Overheart Lane in Columbia. The National Weather Service is investigating the area because of tree damage caused by the late-night storms.

After clouds take over for the majority of Thursday morning, conditions by daybreak are expected to become more comfortable as the dew point — the measure of moisture in the atmosphere — will also drop, creating nicer and breezier conditions that will continue through Friday.

For the latest road and traffic conditions, see WTOP’s traffic page or listen to updates every 10 minutes online or on the air at 103.5 FM. Download the free WTOP News app for Android and Apple phones to sign up for custom traffic and weather alerts.

“Friday will be a fantastic finish to the week,” Bell said. “Bright sunshine will last well into the afternoon with highs reaching the 80s and not too much summer humidity.”

Rain does return Saturday morning and lasts until the early afternoon, but will clear out by the evening and sets up a gorgeous Sunday and dry start to the workweek.

Friday: Sunny in the morning. Increasing cloudiness in the afternoon. Pleasant with low humidity. Highs in the low to mid 80s.

Saturday: Showers and a couple of thunderstorms. Highs 70 to 75.

Partly sunny. A passing shower. Highs in the upper 70s to lower 80s.

WTOP’s Juan Herrera and Joshua Barlow contributed to this report.