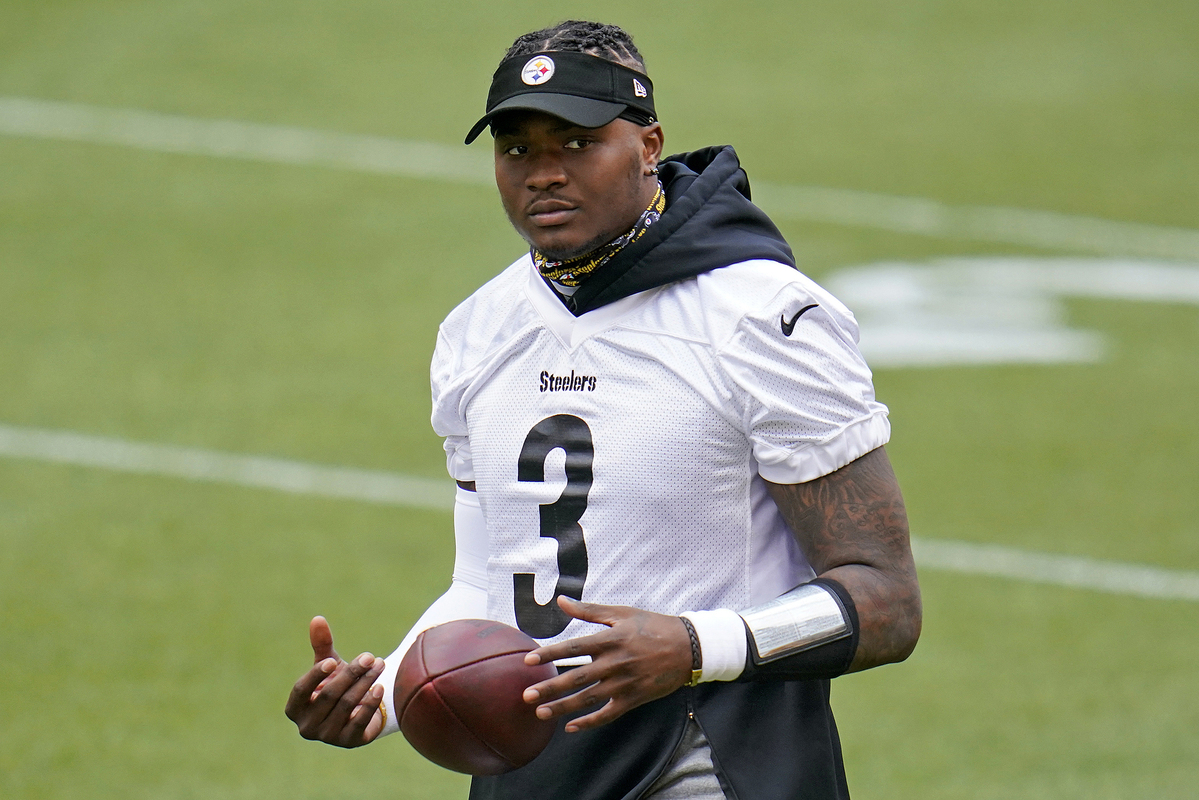 FORT LAUDERDALE, Fla. — The wife of Pittsburgh Steelers quarterback Dwayne Haskins called Florida 911 dispatchers shortly after he was fatally struck by a dump truck earlier this month, saying his car had run out of gas and she was worried because he wasn’t answering the phone, according to recordings released Wednesday.

Kalabrya Haskins, who was calling from Pittsburgh and unaware of the accident, told a Florida Highway Patrol dispatcher on April 9 that her 24-year-old husband had called from near Fort Lauderdale to say he was walking to get gas and would call her back. When the former Ohio State star didn’t, she told the dispatcher she tried to call him but he wasn’t answering.

“I just want somebody to go in the area and see if his car is there and if he’s OK and if anything happened to him,” she said, her voice breaking. “It’s not like him” to not call back, she said.

The highway patrol had already received numerous panicked calls about the accident that happened about dawn on Interstate 595 near Fort Lauderdale-Hollywood International Airport. But the dispatcher did not appear to know yet that paramedics had arrived and found Haskins dead. He had been in South Florida training with Steelers teammates.

“I don’t want you to panic, but I am going to be honest with you,” the dispatcher told Kalabrya Haskins. “We do have an incident on the highway, but I can’t confirm if that’s your husband or not.”

The dispatcher then told her to “hang tight” while she tried to get more information. While on hold, Kalabrya Haskins starts crying and praying, but her words were mostly unintelligible.

The dispatcher then comes back on the call. She told Kalabrya Haskins to stay by her phone and someone would call her.

The accident report released Wednesday says witnesses told investigators Haskins was trying to cross the highway when he went into the path of the dump truck. The truck knocked him into the path of a car, which also struck him.

Haskins starred at Ohio State in 2018, setting several school passing records and being named the MVP in both the Big Ten Championship game and in the Buckeyes’ Rose Bowl win over the Washington Huskies.

A 2019 first-round draft pick by the Washington Redskins, Haskins was released by the team after going 3-10 over two seasons. He was signed by Pittsburgh as a developmental QB, but he didn’t appear in a game last season.