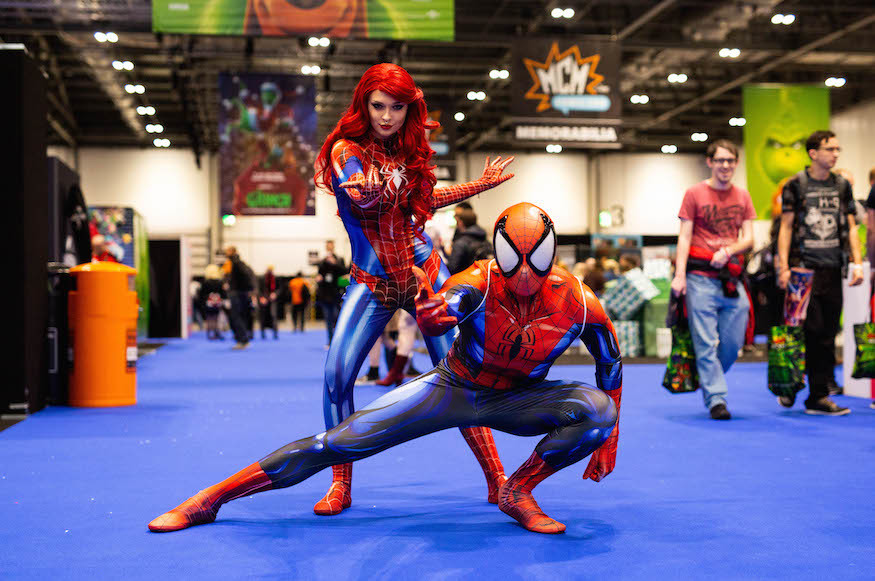 Dust off your cape and set phasers to stun — MCM Comic Con is back in London this May.

The three-day event takes over ExCel London for a celebration of comic, gaming and film characters, actors, writers, artists and more. Tempted? Read on for what you need to know about MCM Comic Con 2022.

What is MCM Comic Con?

Organisers describe the event as “the UK’s most exciting pop culture show”, spanning the gaming, comic and movie industries. Though it’s gained something of a geeky reputation due to its portrayal in shows like The Big Bang Theory, it’s aimed as much at curious newcomers as it is at hardcore fans.

Events at Comic Con vary from year to year, but you can expect a line-up of special guests giving talks and doing fan meet-and-greets, plus stage shows, screenings, panel discussions, cosplay competitions and more. This year’s guests haven’t been announced yet, but keep checking back here for details (and check here for stages and panels).

Already confirmed for May 2022 are: a replica of the Stranger Things set (just as season four launches); a chance to have a photo with Storm Troopers; become a Jedi Knight with the Silver Sabres combat academy; or try your hand at Quidditch.

Gaming fans can show off their skills at the Side Quest gaming zone, which has free-to-use retro and modern consoles, available for individual play or tournaments. If you’re here for the comics, Artist Alley invites you  to meet the people who creating comic books — get your collection signed, discover comics you’ve never heard of — or even commission an artwork from your favourite creator.

Plus, lovers of specific shows or games often arrange their own fan meets, so they can share their passions.

Meanwhile, outside the venue, MCM Fringe is a festival-style event with live music, performing arts and comedy — including de rigueur sea shanties — taking place on the stage, plus a talent show section for attendees to flaunt their own skills.

Kiddies are welcome too. The Treehouse is a family-friendly section of the festival, with crafts, face painting, character appearances and other activities to keep them happy. Could be a good way to kickstart May half term…

Do I have to wear a costume to Comic Con?

A costume isn’t mandatory, though as it’s what the event is best-known for, many choose to don fancy dress (aka ‘cosplay’) when attending. If you are going down the costume route, make sure to read this first so you’re aware of the rules regarding props, weapons, skimpiness and the like — and be aware, that you’re likely to be photographed. A lot.

(I once abseiled down Earl’s Court — another story for another day — while a Comic Con event was taking place inside the building, offering a fascinating bird’s eye view of all manner of characters entering the building. Only wish I’d thought to don a Spiderman costume as I clung to the building’s frontage).