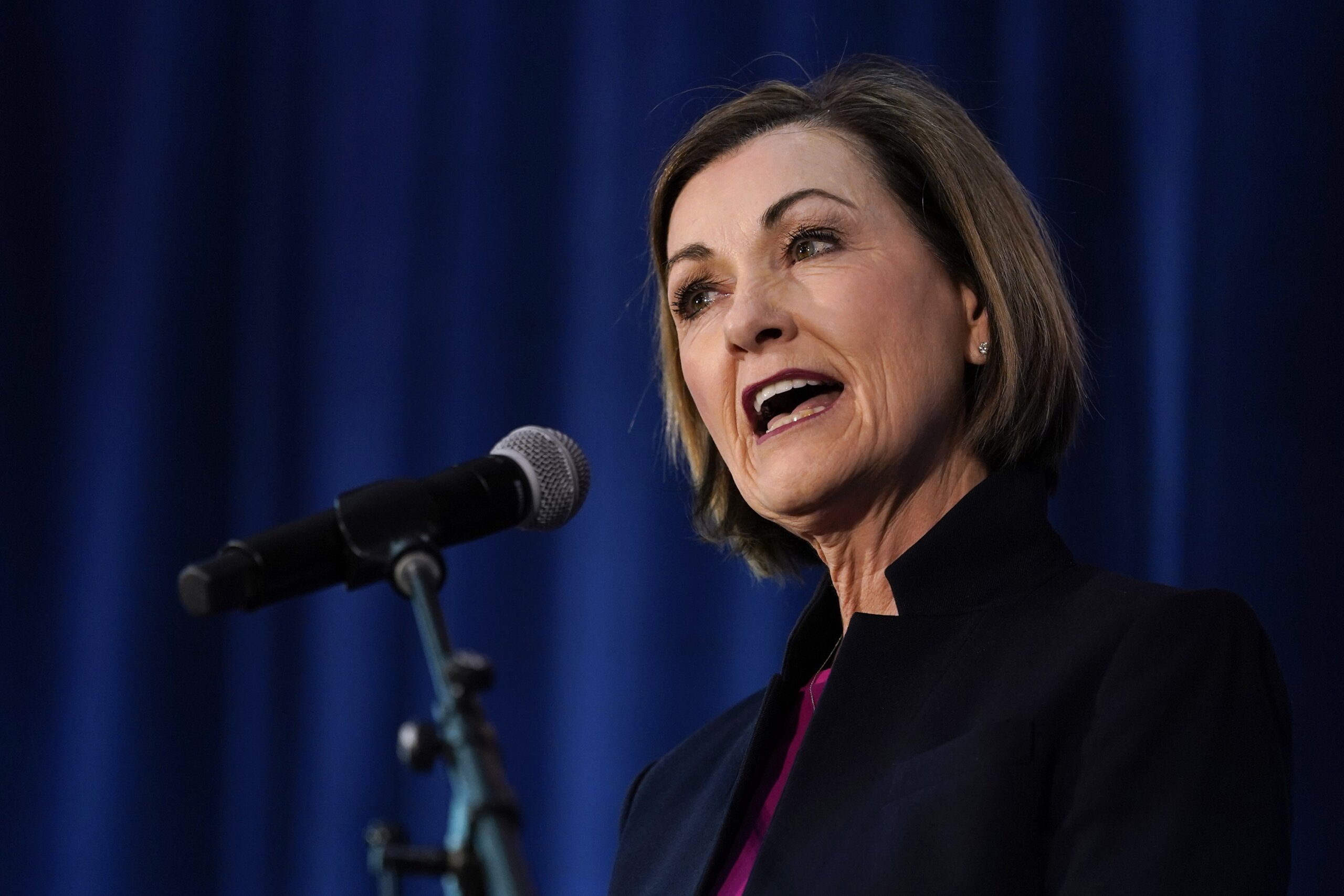 DeJear, a 36-year-old businesswoman who also faced no primary opposition, is seeking to become the first Democrat elected governor of Iowa in 16 years. She will face a tough opponent in Reynolds, whose campaign has raised eight times more money than the Democrat as she seeks a second full term.

Since becoming governor, Reynolds has ticked through a long list of conservative accomplishments. They include huge tax cuts, ending some gun restrictions, excluding transgender girls from high school and college sports, restrictions on abortion and appointments of new, conservative justices to the Iowa Supreme Court.

“When you elected me to serve as your governor, I promised I would never lose sight of who I was working for,” Reynolds said when she announced her reelection bid. “We are protecting the unborn and standing up for our law enforcement. We’re preserving girls’ sports for girls. We’re protecting the integrity of our elections, we’re promoting energy independence and our home-grown biofuels.”

This is the second time DeJear, who was a campaign organizer for President Barack Obama, has run statewide. In 2018, she became the first Black candidate to win a major party nomination for a statewide office in Iowa when she became the Democratic nominee against Iowa Secretary of State Paul Pate. She was defeated in the general election.

She has characterized Reynolds as “a Trump yes-woman” who has put the desires and ego of Donald Trump over the needs of Iowans.

“Throughout her term, Governor Reynolds has put corporate interests over the needs of working Iowans,” she said in a campaign statement released on April 13.

Trump endorsed Reynolds on Sunday and she replied in a Twitter post: “It’s an honor to have his support.”

Neither Reynolds nor DeJear agreed to requests for interviews by the AP.

Reynolds’ campaign has brought in $6 million and had $4.98 million in her campaign account to spend, according to a May campaign finance report. DeJear raised more than $748,000 and had over $381,000 to spend.

The fundraising disparity comes at a time when Republicans are increasingly dominating Iowa politics. The GOP has big majorities in both chambers of the Legislature, both of the state’s senators are Republicans, the party holds three of Iowa’s four U.S. House seats and Donald Trump carried the state by large margins in 2016 and 2020.

Democrats have been hurt by a sharp decline of union jobs and an exodus of young college-educated adults, leaving the party with voters centered mostly in cities such as Des Moines, Cedar Rapids, Davenport, Iowa City and Waterloo.

Republican political consultant Craig Robinson estimates Democrats are competitive in 11 of the state’s 99 counties. Despite the many voters in those counties, DeJear and other Democrats need to broaden their support if they want to win elections, he said.

“I think that it would take a big effort and the political environment isn’t right for Democrats to go beyond where they’ve been competitive,” Robinson said.