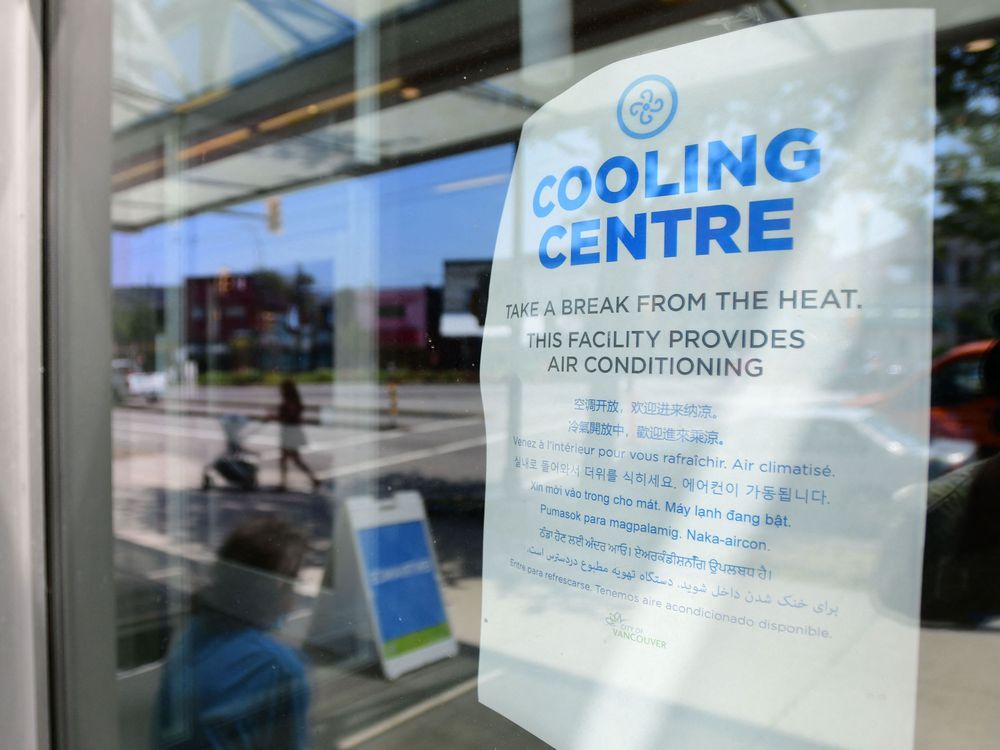 Most of the people who died during the heat in B.C. last June perished indoors and more than half lived alone, according to a new report from the B.C. Coroners Service.

Contributing to these deaths were delayed emergency response times, and a lag between the heat alerts issued by Environment and Climate Change Canada and other public agencies, according to the report, called “Extreme Heat and Human Mortality: A Review of Heat-Related Deaths in B.C. in Summer 2021,” released Tuesday.

The report makes three recommendations, including that B.C. implement a coordinated provincial heat alert and response system (HARS) and identify and support populations most at risk of dying during extreme heat emergencies. The third recommendation is to implement extreme heat prevention and long-term risk mitigation strategies.

Paramedics attended 54 per cent of deaths with a median time of 10 minutes and 25 seconds, the report says. However, in 50 instances, paramedics took 30 minutes or longer from time of call to get to the scene.

The report says 98 per cent of the 619 heat-related deaths occurred indoors, 67 per cent were over 70 years old, and more than half lived alone.

Other major findings include that most of the people who died were in homes without adequate cooling systems, and the majority happened in Fraser North, Fraser East, and Vancouver areas. Many were people who lived in lower income neighbourhoods.

Temperatures started to rise on June 24, 2021 and continued increasing to a peak on June 28 to June 29. At the peak, temperatures reached over 40 C in many parts of the province. The extreme heat wave shattered temperature records, including one in Lytton where the mercury hit 49.6 C.

More than 800 deaths were investigated by the coroner during that week, with 619 of those deaths identified as being directly related to the heat. The report says most of the people who died were older adults with compromised health due to multiple chronic diseases, and who lived alone.

A heat dome occurs when an area of high pressure stays over the same area for days or even weeks, trapping very warm air underneath.

As part of recommendation two, the coroner says by June 30 provincial health authorities will ensure that Home and Community Care Services identify and prioritize clients who are listed on chronic disease registries, as well as those with limited mobility, cognitive impairment; and/or live alone, for home visits and contact during an extreme heat emergency.

The B.C. Heat Alert and Response System, or B.C. HARS, will issue heat warnings and extreme heat emergencies, and use the national “Alert Ready” system to broadcast warnings on mobile devices, radio and television.

A heat warning will be issued when there are two or more consecutive days during which temperatures create a moderate increase in risks to public health.

An extreme heat alert would be issued when daytime temperatures are expected to substantively increase day over day for three or more consecutive days, and thresholds vary based on geographic region.

Scientists have been warning for years that heat waves, like the one B.C. is suffering this weekend, will start earlier in the season and be more intense because of climate change.

Simon Donner, a climate scientist in UBC’s Department of Geography, told Postmedia last year during the heat dome that there are numerous scientific studies that link the increasing intensity of heat waves to the climate and ecological crisis.

“This heat wave is exactly the type of event that scientists for years have been saying are going to become more common because of putting greenhouse gases in the atmosphere,” said Donner, at the time.

“We know human activity burning fossil fuels is warming the planet, and as we warm the planet it makes extreme weather events like this more common.”

—with files from Denise Ryan