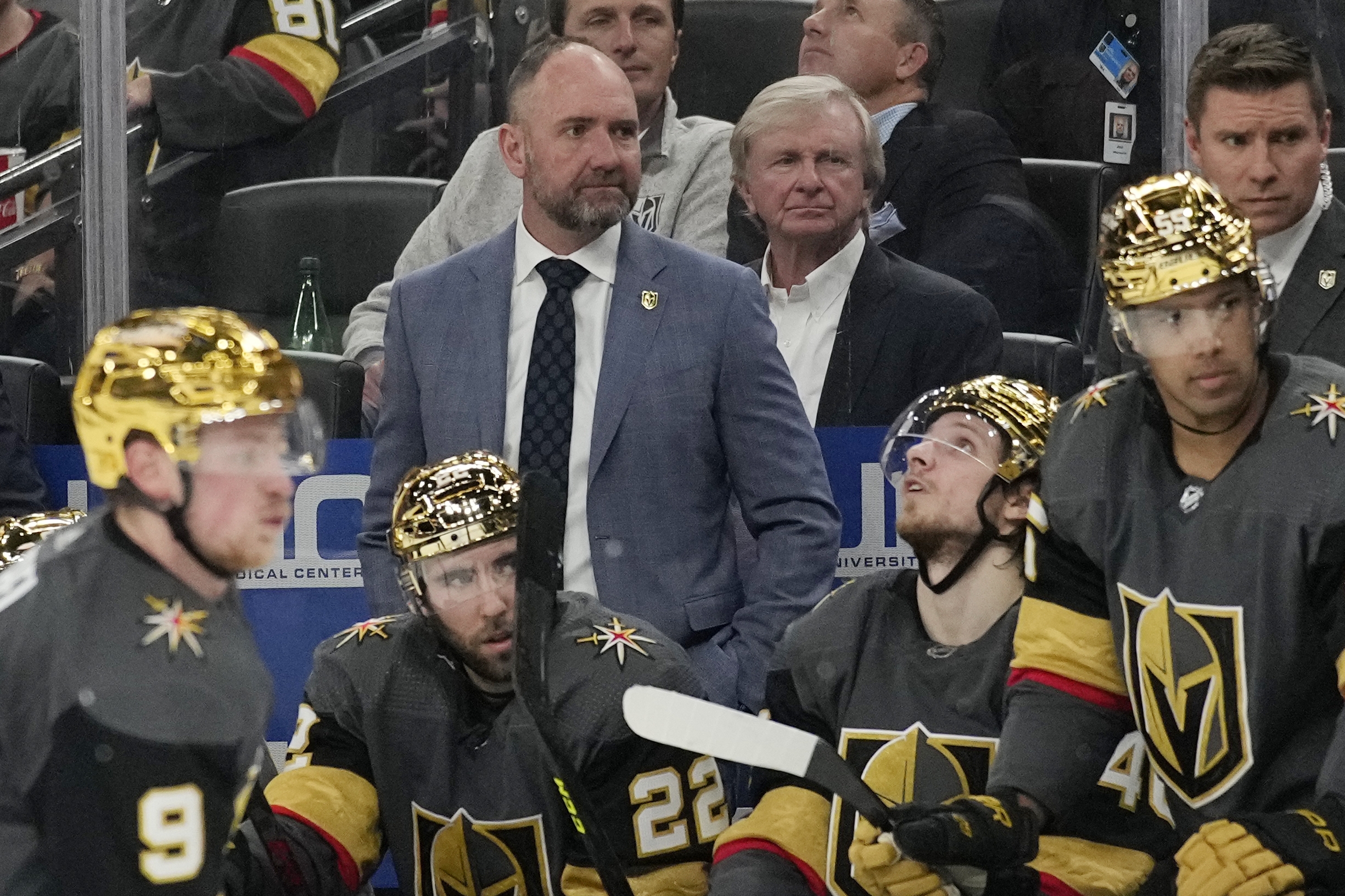 LAS VEGAS (AP) — Milestone wins are nice, but in 14 years of coaching in the NHL, Peter DeBoer has…

LAS VEGAS (AP) — Milestone wins are nice, but in 14 years of coaching in the NHL, Peter DeBoer has come to appreciate the monumental victories a bit more.

Tuesday night he enjoyed both.

San Jose was one of DeBoer’s coaching stops.

The first move was rather abrupt. The second a bit shocking considering the teams’ established and heated rivalry immediately upon Vegas’ entry into the NHL in 2017.

“I think anytime you get to beat your own team, I would put that on the monumental lists,” said DeBoer, whose Golden Knights also beat the Sharks for his 499th victory on Feb. 20. “San Jose, that experience is fresh enough with me that that still gets the juices flowing.”

And with nearly 40 years in hockey, it’s not surprising DeBoer said even after hitting the century mark milestone five times, some of his most memorable moments have not always been victories that meant something but the memories that have stood out.

“What you remember when you’re talking numbers like that are the people, the players you got to coach over that time, the trainers you got to work with, the other coaching staffs that you’ve had,” the 53-year-old DeBoer said. “You remember the laughs that you had along the way, enjoying those wins after a game.

“You remember the monumental ones, you know, the ones that move you or advance you in the playoffs. Or the overtime games and all the conference championship games, those types of things.”

The veteran coach said he has both memorable wins and losses during his time with Vegas, which include two trips to the conference finals.

“One of the monumental games we lost that I remember was playing Colorado for the President’s Trophy here last year at home with a couple of games left in the season,” DeBoer said of the rugged 2-1 loss. “How hard we played and the character that rose to the top that night, I remember that game.”

He said it was the confidence built in that game that helped Vegas turn back a 0-2 series deficit against the Avalanche one month later, Mark Stone scoring in overtime of Game 5 in Denver to give Vegas a 3-2 series lead, and the Golden Knights wrapping things up in Game 6.

DeBoer spoke passionately about the seven-game series his team won in the next round, eliminating a Minnesota Wild team in a matchup many didn’t believe Vegas could pull off.

DeBoer said he barely reflects on his career during the offseason, let alone during a campaign in which Golden Knights have dealt with a rash of injuries and COVID-related issues. He said he’ll save that for long after he retires.

“You’re worried about what’s next and what’s coming.”