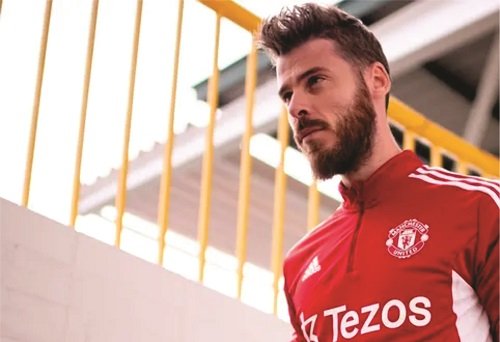 After a “disaster” of a season, goalkeeper David de Gea expressed his desire to stay at Manchester United and aid the Premier League team in ending their trophy drought.

The Spanish goalkeeper, who joined from Atletico Madrid in 2011, indicated he was open to negotiating a contract extension before his current deal expires in June 2023.

The “If they let me stay I will stay, for sure. I’m really comfortable, happy, and hopefully before I leave we can win something more,”

De Gea informed the media on Friday, adding that he had not yet begun talking about a renewal.

United had a terrible season last year, ending sixth with 58 points, their lowest total in the Premier League existence, and failing to make the Champions League.

The team’s five-year trophy drought was extended with the failure to capture any silverware.

“We cannot do the same because it was a disaster,” De Gea said. “It was very tough, embarrassing sometimes.

“Some games were a mess. It was painful, unacceptable.

“Sometimes, you have to feel pain to go up and keep going.”

Before facing Atletico Madrid in Norway on July 30, United plays Aston Villa in a preseason friendly in Perth on Saturday.

On August 7, they face Brighton & Hove Albion at home to start their league season.