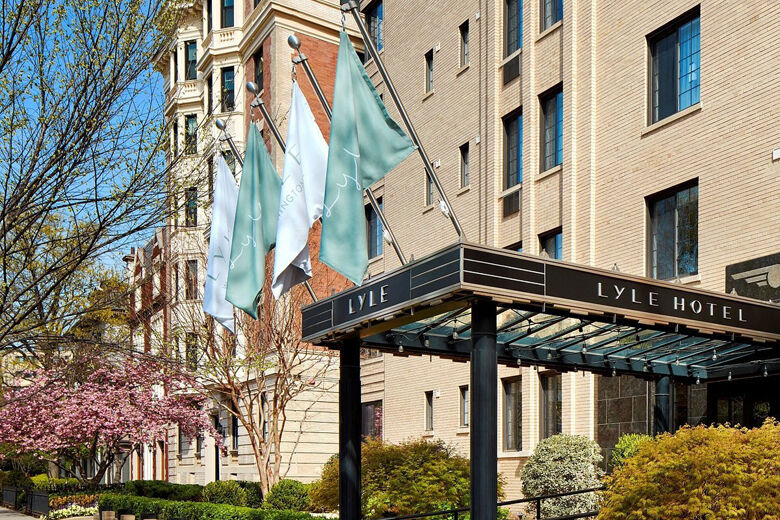 The Trump International Hotel in D.C. ranks No. 3 on Tripadvisor’s 2022 Travelers’ Choice Awards for U.S. hotels. The Lyle Hotel in D.C. has been named the Hottest New Hotel in the U.S.

The Trump International Hotel in D.C. ranks No. 3 on Tripadvisor’s 2022 Travelers’ Choice Awards for U.S. hotels. The Lyle Hotel in D.C. has been named the Hottest New Hotel in the U.S. It also ranked No. 4 in that category in the world.

The Trump International Hotel is likely to close next month for renovations, after Miami investors bought the Old Post Office government lease from the Trump Organization. It is expected to reopen later this year as a Waldorf Astoria, managed by Hilton.

The Lyle Hotel, at 1731 New Hampshire Ave. NW, is the former Kimpton Carlyle Hotel, which closed in 2020 and underwent a full renovation. It is now owned and managed by the Lore Group.

This is the 20th year for the Tripadvisor Travelers’ Choice Awards, based on travelers’ reviews and ratings posted on Tripadvisor. Fewer than 1% of hotels with Tripadvisor reviews are awarded as best of the best.

The top hotel in the world for 2022 is Tulemar Bungalows & Villas in Costa Rica, a jungle resort overlooking the Pacific Ocean. The top hotel in the U.S. is The Mark Hotel in New York City, a 1927 landmark building on the Upper East Side that is frequented by celebrities.

All 2022 winners, in 11 categories, are posted on Tripadvisor’s website.