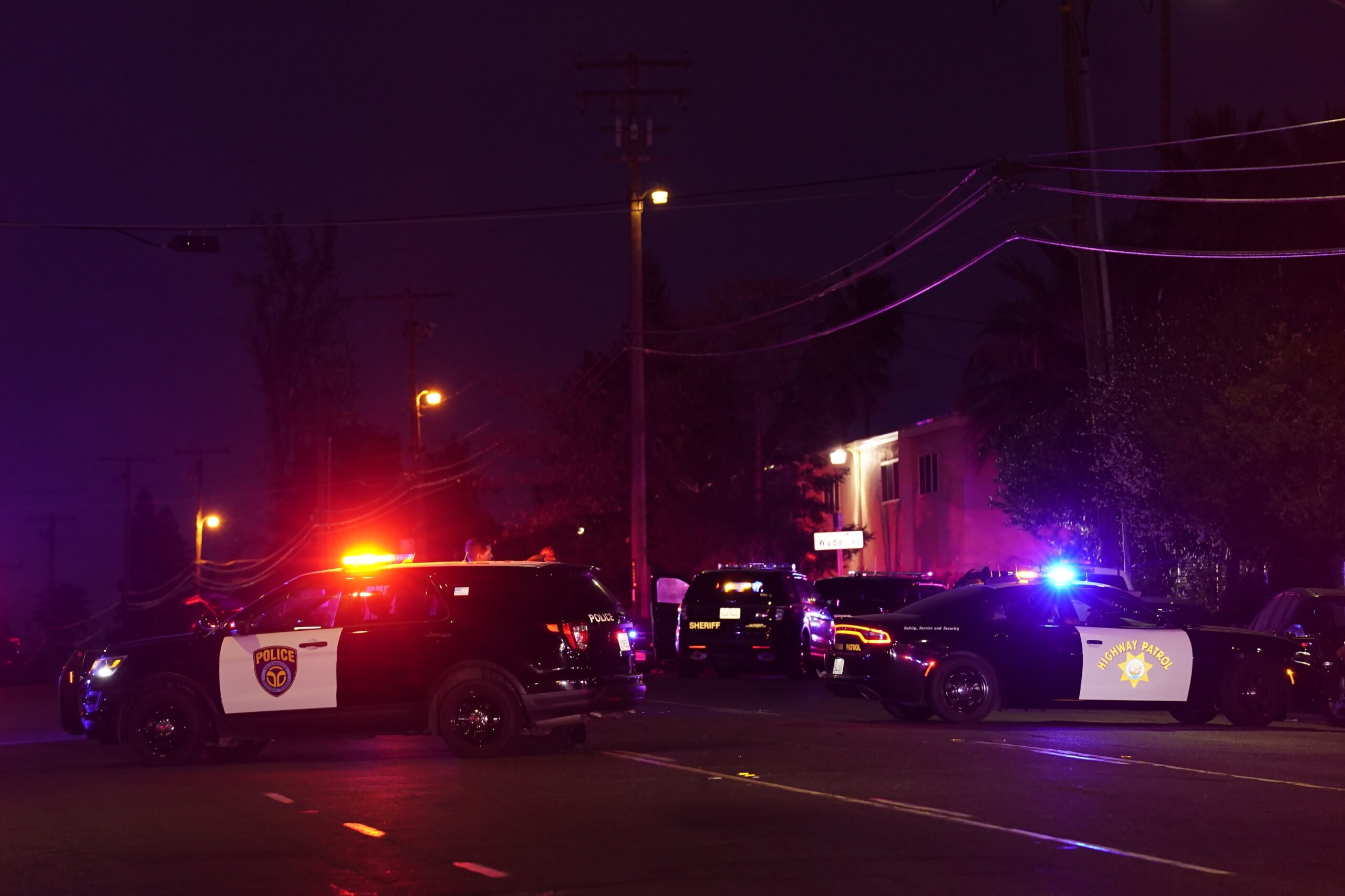 SACRAMENTO, Calif. (AP) — A man who was under a restraining order and not supposed to have a gun fatally…

SACRAMENTO, Calif. (AP) — A man who was under a restraining order and not supposed to have a gun fatally shot his three daughters and a chaperone before killing himself during a supervised visit with the girls at a California church, officials said Tuesday.

Investigators were trying to piece together 39-year-old David Mora’s motive and how he got the weapon used in the shooting around 5 p.m. Monday at The Church in Sacramento, a nondenominational Christian place of worship. Police have not said what weapon was used; under California law, he was barred from possessing a gun because of the order.

At the time of the killings, Mora was out on bail after being arrested last week on several charges, including assaulting a police officer.

Court documents paint a disturbing picture of verbal and physical abuse inflicted by Mora on his estranged girlfriend, who is the mother of their three daughters, one of whom would have turned 11 on Wednesday.

Mora “is a very jealous person,” the woman wrote in her request for the restraining order. “He threatened to kill me if he ever caught me cheating.”

She said he told her he hadn’t killed her “because he would not know where to go with the children.” In the filing, she said he might flee to Mexico, where he had family.

“I am scared and nervous. I am afraid (Mora) is going to hurt me. I do not want to return home,” wrote the woman, whose name was withheld by The Associated Press because she was abused.

Mora, who also was identified as David Fidel Mora Rojas in court papers, was taken into custody for a mental health evaluation last April 17, and nine days later a temporary restraining order was granted.

A five-year order was imposed May 19. It stipulated Mora only have supervised visits with his daughters for up to four hours per week with a mutually agreed-upon chaperone. He also was required to take anger management courses.

Authorities identified Nathaniel Kong as the chaperone for the visitation. Kong, 59, was shot to death at the church along with the three girls, ages 13, 10 and 9. Business records show Kong had been an executive in the church. Court records show that he served Mora with the May restraining order.

“Our church body is devastated and heartbroken by this senseless tragedy and we ask for continued prayer for the victims, their family and our faith community as we grapple with this unexpected loss and trust the Lord for His strength in our grief,” a church statement said.

The girls attended schools in the Natomas Unified School District in northwestern Sacramento. Counselors and chaplains were at the schools Tuesday to provide support.

“There are very few words that can give comfort right now for this unspeakable tragedy,” the school district said in a statement.

Just a few days before the killings, Mora was arrested in Merced County, south of Sacramento. He was taken into custody on charges of resisting arrest, battery on a police officer and driving under the influence after he assaulted a California Highway Patrol officer.

“He was drunk and while they were arresting him or trying to he decided he wanted to fight and ended up with felony charges because he assaulted a CHP officer, causing injuries,” Deputy Daryl Allen, a spokesman for the Merced County Sheriff’s Office, told The Sacramento Bee.

It wasn’t known what connection Mora might have had to the church, which is in a residential area. Neighbors said the shooting occurred quickly and police swarmed the area.

Sandi Davis said she was taking her dog outside when she heard a gunshot. She immediately let go of the leash and dropped to the ground to protect herself.

Yadira Ortega, who lives across the street from the church, said she heard gunfire while sitting in her car after returning home from picking up takeout dinner for her family. She was with her 9-year-old daughter and 6-year-old son. Ortega said there were multiple shots, then a pause before a final shot.

Ortega said she knows little about The Church in Sacramento other than it’s busy on Sundays but mostly quiet during the week.

A man who emerged from the church several times to talk to reporters outside said the church is made up of multiple buildings, including a living space where he and several other members live.

The man, who only gave his name as Alfredo, said he was in the church’s main building when the shooting happened and that neighbors called police because he did not have a phone.

On Tuesday morning, a small memorial with flowers, balloons, stuffed animals, a candle and a piece of paper that read “Prayers for peace, may your souls rest” was set up outside the church.

Faith Whitmore, chief executive of the Sacramento Regional Family Justice Center that provides services to victims of domestic abuse, said the girls’ mother sought help through the agency last April. A case manager and an attorney worked with her to obtain the restraining order.

Whitmore said their organization will now push for their other clients to have visits supervised by professionals, and they plan to seek out funding to cover the costs.

Joyce Bilyeu, deputy director of the center, also did not work directly with the woman. She spoke generally about supervised visitations, saying the specifics can vary widely.

Sometimes, a victim will request that a pastor or grandparent be the chaperone in their home or church, she said. Other victims seek professional supervision with a trained mediator in a safe location close to law enforcement, but that option can be costly, Bilyeu said.

Bilyeu said visits in places like churches can give victims a false sense of security.

“Generally a lot of people think a church is a safe place,” she said. But “there’s no metal detectors in a church.”

A restraining order, while a typical part of the process in domestic violence cases, should not be considered a solution or deterrent to abuse, she said.

“It is not a shield of armor,” Bilyeu said.