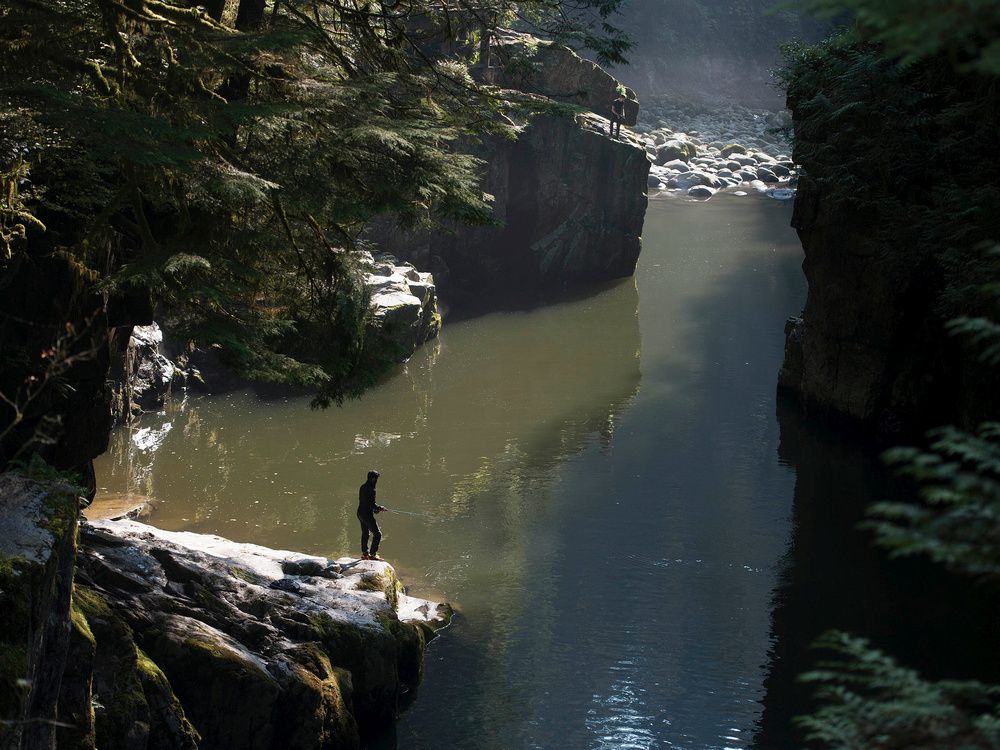 A B.C. couple caught up in the surge of water from the Cleveland Dam that killed two people two years ago is suing Metro Vancouver officials for damages.

On Oct. 1, 2020, a drum gate in the North Vancouver dam opened during maintenance, causing water to flood out into the Capilano River south of the dam, according to Chihiro Nakamura and her husband, Mateusz Wiacek.

Start your day with a roundup of B.C.-focused news and opinion delivered straight to your inbox at 7 a.m., Monday to Friday.

The next issue of Sunrise presented by Vancouver Sun will soon be in your inbox.

They say they were visitors to the park area and at the time the drum gate opened, they were sitting on a rock facing south in a shallow part of the river about one kilometre from the dam when suddenly and without warning, Nakamura could hear a rushing sound behind her.

“When her husband turned his head around, he saw a wall of water rushing towards them, and he yelled to the plaintiff sitting beside him to run,” say their lawsuits filed in B.C. Supreme Court. “The height of the rising water was quickly rising around them as they tried to make their way to the shore. The plaintiff slipped and fell getting off of the rock and, in following behind her husband, the force of the roiling waters separated them and she fell farther behind him.”

The lawsuits say that Wiacek could not reach his wife and while he swam to the shore, she was able to grab and to climb onto a tree angling out from the edge of the river shore. Nakamura managed to straddle onto the tree and as the rushing waters kept rising higher and higher, she was forced to climb farther up the tree away from the shore.

When her husband reached the shore a number of metres away, he tried to rescue her by reaching out to her with a piece of wood from the river bank but the current was too strong and pulled it violently away from her.

With the waters continuing to rise, he ran up the canyon embankment to a nearby clubhouse area to phone 911 for help.

“In the interval of about 30 minutes while the plaintiff’s husband frantically made a number of attempts running back-and-forth to get help, the plaintiff was alone in the midst of the swirling and rising waters and she thought she was going to die,” say the suits.

“Only when the waters began to subside did a firefighter rescue team arrive and eventually were able to help her off of the leaning tree and to the shore.”

The plaintiffs claim they suffered nervous shock and other injuries and are seeking general and special damages. Two local residents were killed during the incident. A total of four people had to be rescued, according to the lawsuits.

The suits claim that the Metro Vancouver Regional District and the Greater Vancouver Water District, the named defendants, did not adequately warn them of such an incident.

A week after the incident, Metro said in a statement that human error was to blame for what happened.

No response has been filed to the lawsuit, which contains allegations that have not been tested in court. Metro could not be immediately reached for comment.