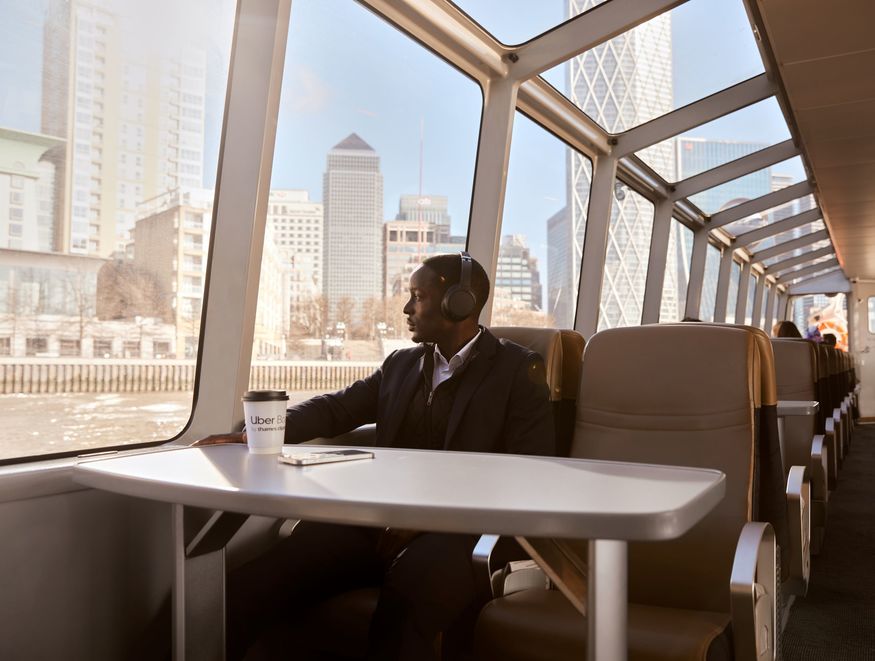 Could You Be Commuting To Work By Boat?

This is a sponsored article on behalf of Uber Boat by Thames Clippers.

London’s returning to normal, which is great. But why not do your commute a little differently, and commute in by boat.

A staggering 1.6 million Londoners living west of Vauxhall (St George Wharf) Pier, and east of Canary Wharf Pier are within a 15-minute bike ride of an Uber Boat by Thames Clippers pier.

In fact almost one in every five (18% of) Londoners living outside of central London have easy access to London’s river bus service. From here, it’s a zippy commute to the office — with plenty of perks you won’t find with other transport options.

In fact, let us count the ways that commuting by boat is the way to go:

All sounds rather enticing, right? And the benefits don’t stop there.

Uber Boat by Thames Clippers commuter services start as early as 5.30am — and call at major London transport hubs every 10-20 mins — so you won’t miss that important boardroom meeting first thing.

Back in the office full-time? Season tickets cost as little as £1.61* per journey. Working more from home these days? Not a problem. Flexible, ad hoc travel starts from £3.86** per journey.

And Uber Boat by Thames Clippers is growing, too. Its 24th pier (Barking Riverside) will soon be open as the service expands eastward, while two hybrid high-speed passenger boats are planned for autumn 2022 and spring 2023.

So what are you waiting for? It’s time to change the way you commute, and set sail for the office! Find out more about Uber Boat by Thames Clippers today.

*Based on two journeys across 261 working days of the year, travelling on a West or East Zone annual season ticket. **Based on a Flex 20 Ticket Carnet (20 pre-paid journeys for the price of 16).