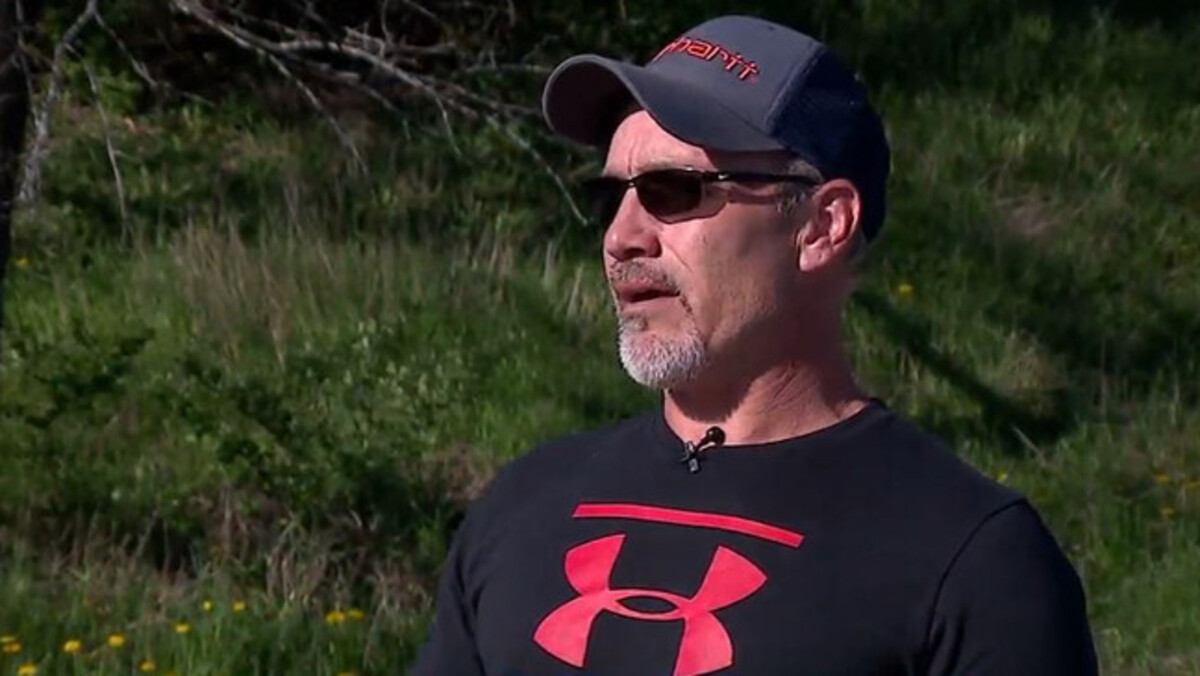 The sheriff, who was briefly hospitalized for hypothermia, was putting out his moorings hundreds of feet offshore, when his kayak flipped, plunging him into the still frigid water.

Tyler Leonard was just finishing for the day on a construction project at a house on Sebago Lake when his crew heard someone scream.

“We were just standing there looking out over the lake, and I look down the beach and saw a kayak and it was quite a way out,” Leonard said.

Leonard saw Joyce — though he didn’t know it at the time — about 200 yards away hanging onto a buoy.

When he saw Joyce in the water, Leonard said he knew he had to act quickly. He felt how cold the water was — 48 degrees — and hustled as fast as he could to get to him.

“He was hanging on to his kayak and the buoy, and he was breathing heavy, and I could barely hear him, so right then I knew that he was freezing, you know what I mean,” Leonard said.

Leonard told Joyce to hold onto the front of his canoe while he paddled to shore.

“I just told him, ‘Breathe. Just concentrate on your breathing.’ Just breathe because hypothermia is awful, and I just knew I had to get him in,” Leonard said.

By the time Leonard got Joyce to shore, ambulances had arrived. Joyce shook Leonard’s hand and thanked him for saving his life.

“I could tell,” Leonard said. “He couldn’t squeeze my hand, so I knew he was hurting, but he’s tough you know?”

Joyce is out of the hospital and doing much better, and he’s thankful for Leonard.

Joyce called the incident a reminder for everyone during this warm stretch of weather the water is still cold.

As for Leonard, he said he just did what he hoped someone else would do for him.

“I think god was helping, you know what I mean, because something just told us to walk down to the lake and it’s crazy how it happens,” Leonard said.