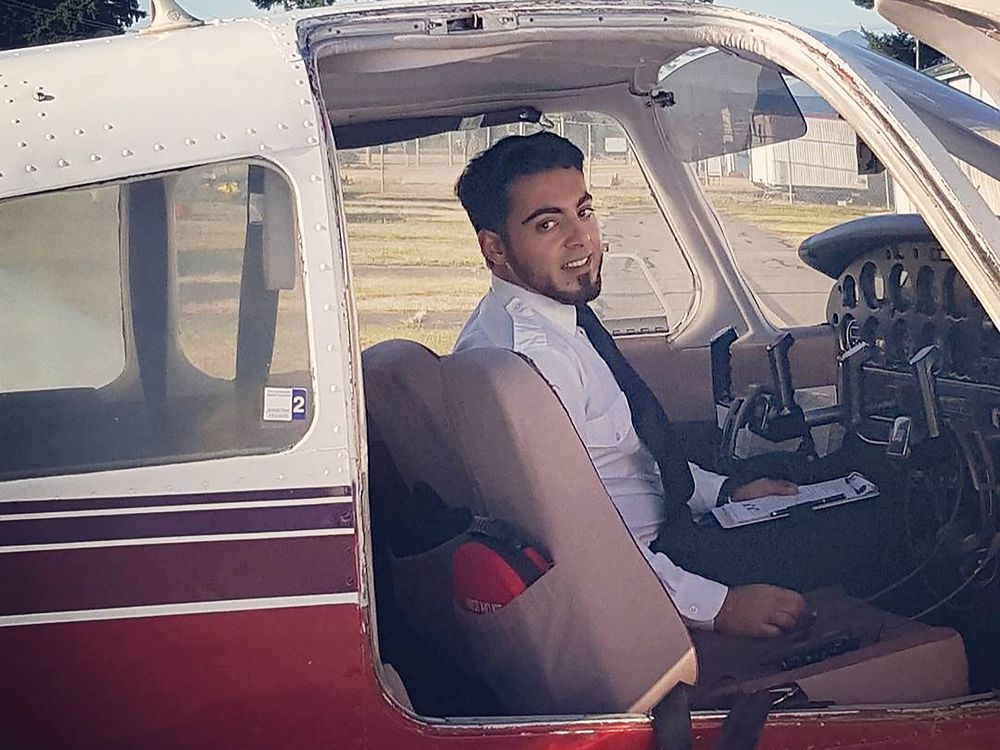 Four months before pilot Abhinav Handa, his friend and two fugitives died in a plane crash, another B.C. pilot reported Handa to Transport Canada, alleging he was running an unlicensed air taxi service, Postmedia has learned.

Azami, who’s had a pilot’s licence since 2012, told Postmedia that he checked the registration of the plane and saw that it was not listed as a commercial aircraft.

He purported to be a customer interested in booking a flight and had an online chat with Handa, who admitted to Azami that he wasn’t a flight instructor, despite claiming online that he was.

Handa said the “new company” he worked for called “A&T flights” used “commercial pilots” and was owned by others.

“I’m not the owner of anything,” Handa told Azami.

In fact, A&T was not registered with the B.C. government until March 2022. On the corporate records, Handa and Tessa Melnychuk are listed as the only company directors. Melnychuk is also the owner of the Piper plane, according to the Canadian Civil Aircraft Register.

She and Handa lived together at a Steveston address, the records show. She has not responded to numerous messages left by Postmedia.

Handa, 26, told Azami the Piper flew out of the Boundary Bay Airport and could be chartered to any Canadian destination for about $2,000 a day or $350 an hour for shorter trips.

Azami then admitted to him that he was also a pilot and suggested that Handa didn’t have the proper licences to be flying charters and tours. Azami also told the young pilot that he would report him to Transport Canada, leading to a profanity-laced exchange between the two. Azami provided the online conversation to Transport Canada on Dec. 6 and to Postmedia this week.

Azami also provided the email he sent to a Transport Canada investigator on Dec. 6, 2021 about Handa’s charter service.

“Attached to this email are several pictures of yet another publicly advertised, illegal scenic flight tour and air taxi/charter services on Facebook Marketplace,” Azami told the investigator. “If this person is operating illegally, he is putting himself and the public at risk.”

On Friday, Azami said he assumes Transport Canada looked into the issue, though he never heard back.

Transport Canada spokesperson Sau Sau Liu confirmed in an email Friday that the agency “was made aware in December 2021 that a private pilot was offering air taxi services, and started looking into this matter immediately. Details about our ongoing investigation cannot be made public, as it involves third-party information.”

Azami said he decided to report Handa because he didn’t appear to be following Transport Canada’s “rules and regulations that are set forth to make sure that the public is safe.”

He said commercial charter companies have a program where all the passengers’ names get sent to a database to prevent fugitives and other criminals from escaping on chartered aircraft.

There are several investigations going on into the crash and those aboard. The Transportation Safety Board is looking at what led the plane to go down. Ontario Provincial Police are investigating how the fugitives ended up on the ill-fated flight. B.C.’s Combined Forces Special Enforcement Unit had already been hunting for Lahrkamp, who was wanted in Thailand for the Feb. 5 murder of former Vancouver gangster Jimi Sandhu, of the United Nations gang. Bailey, of the Independent Soldiers gang, fled after being released on bail on charges of attempted murder and conspiracy to commit murder.

Hong, the fourth victim, was a Facebook friend of Handa’s and an avid young pilot.

Azami said he often “ferries” planes for new owners, meaning he picks them up and flies them to their new home base. He said he has flown “quite a bit” over the area in Ontario where the crash happened.

“My experience through there is that the weather gets really rough because of the lakes. And he must have gone into some kind of bad weather that he wasn’t experienced with,” Azami said.