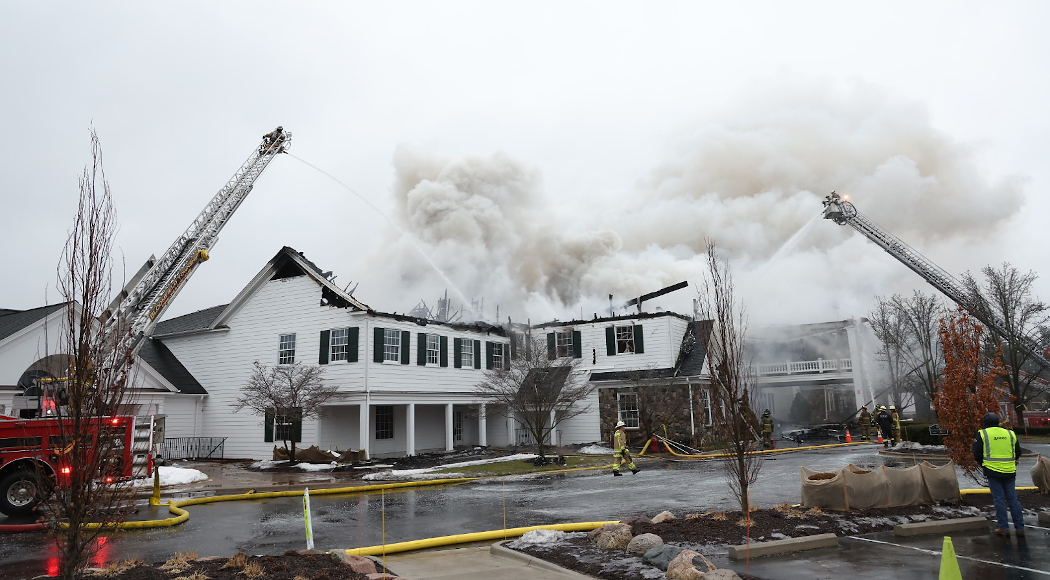 There were no injuries reported and no cause for the devastating blaze in Bloomfield Township, Michigan, was immediately known.

The club, which opened in 1916, features two Donald Ross-designed courses. It is scheduled to play host to the 2031 and 2042 US Women’s Opens.

“Our thoughts are with our friends at @OaklandHillsCC,” tweeted the US Golf Association.

“Most importantly, we are relieved to hear that no one was injured.

“Along with so many others in the golf community, we have special memories at this storied venue and look forward to making more with them in the coming years.”

The first club pro at Oakland Hills was Walter Hagen

Memorabilia and art dating back more than 100 years was feared lost in the blaze.

The course’s first club professional was Walter Hagen, who at the time had won only the first of his 11 career major titles.