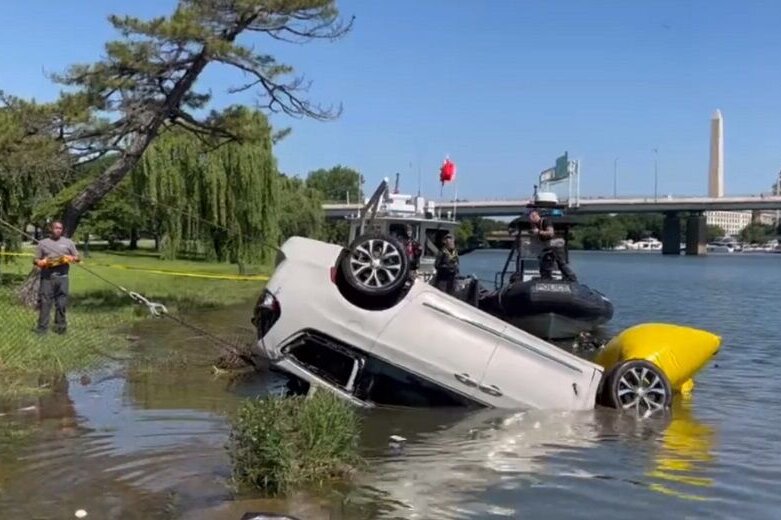 The man who crashed into the Washington Channel overnight Friday escaped his sinking car, but was struggling to stay afloat. Luckily, a few citizens were nearby to help rescue him.

The man who crashed into the Washington Channel overnight Friday was able to escape his sinking car, but was struggling to stay afloat.

Fortunately, a few vigilant citizens nearby heard what “sounded like a bomb” and ventured out onto the water to save him.

That’s when Phillips and the other people on his boat knew they had to kick their rescue effort into high gear.

“The guy’s a big guy,” Phillips said. “We’re not small guys, but it was hard for us to get him out, so he wasn’t going to make it.”

Remarkably, once the man caught his breath, he didn’t require any further medical attention.

Although, how the man wound up crashing into the water remains a mystery, even to Phillips.

“We didn’t really try to get into it what he was going through,” Phillips said.