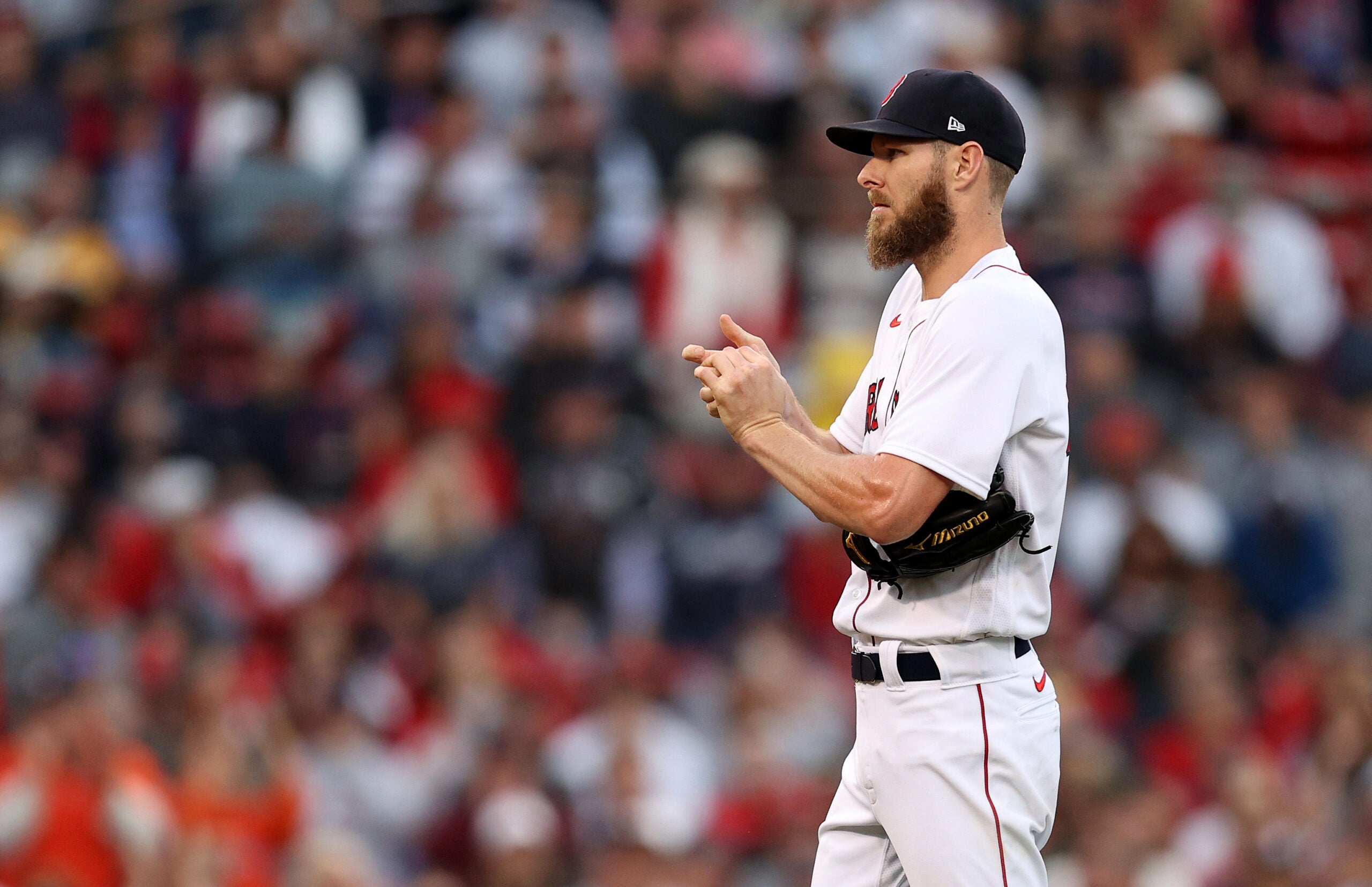 Sale shared good news Saturday from his latest MRI on his rib injury, which occurred during pre-camp on Feb. 24.

“The bone is healing, everything is shrinking, the edema is going away. So, yeah, good news,” Sale told reporters Saturday.

With the MRI results looking good, Sale also said that he feels good, too.

“I have never been through this so I have been floating through outer space with this,” he said Saturday morning. “From what I heard, they said, ‘It’s better. It’s healing. It’s showing signs of healing. The bruising is going down.’ Yeah, good spot.

“I feel good. Night and day. I can run. I can jump. I can twist. I can start doing some things. There is nothing going on with the muscle. It’s just the bone, which is a good thing. But you have to make sure the muscles don’t do something before the bone is ready to handle it. They attach. This pulls on this. And if this pulls too much it can be irritated or do something to it. Dotting the I’s, crossing the T’s, making sure we’re exactly where we need to be, not around where we need to be and do this thing the right way and go with it.”

Red Sox manager Alex Cora provided a similar update on Sale’s status on Friday. He also shared how the Red Sox will handle Sale’s next step forward in his rehab.

“So I think now it’s just a matter of seeing how he feels,” Cora said. “There’s an improvement, and we feel good about it. But obviously we need to see how he reacts to treatment and keep building from there.”

Sale hasn’t been cleared to throw yet, but he imagines when he is cleared, that he’ll be able to resume where he left off right as spring training was about to start.

“I would assume (like spring training). I have had some time but I don’t think my starting point is going to be zero,” Sale said. “I put in a lot of work and I’ve been doing a lot of work over the last couple of weeks. I feel like it’s coming back pretty quick. It shouldn’t be too long.”

With Sale having to ramp up before returning to game action, his return is still likely at least a few weeks away. The Red Sox haven’t officially announced a timetable for Sale’s return, but The Athletic’s Peter Gammons reported in March that the team expects him to return by the end of May.

Even though Sale won’t be ready for Opening Day, he acknowledged rehabbing from this rib injury is easier to take then the multi-year rehab process he recently dealt with coming back from Tommy John surgery.