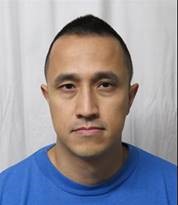 Chestermere RCMP is warning about the release of a man they believe poses a significant risk of “harm to the health and safety of the public” into the community.

Trong Minh Nguyen, 38, was jailed for conspiracy to commit murder and counseling an indictable offence that was not committed.

Nguyen has also been previously convicted of firearms offences, assaulting a peace officer, and failing to comply with his release conditions.

The RCMP says it’s releasing this information “after careful deliberation and consideration of all related issues, including privacy concerns, in the belief that it is clearly in the public’s interest to inform the members of the community of the release of Trong Minh Nguyen.”

Police say anyone who believes they are seeing a crime should call them, or call 911 if they think it’s an emergency.