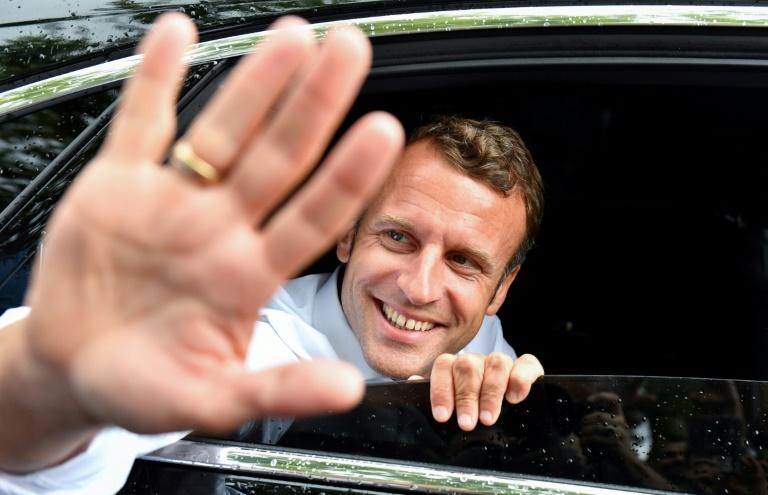 Young, pro-European and unfailingly ambitious, Emmanuel Macron has won admirers for his dynamic leadership and crisis management, but has been dogged by accusations that he is out-of-touch and arrogant.

He came to power as France’s youngest ever president in 2017 at the age of 39, promising to do politics differently with a new party and push through a series of pro-business and welfare reforms.

“I think I arrived in power with a sort of vitality, which I hope I still have, with a desire to shake things up,” he told TF1 television in an interview in December.

There were early successes as he lowered wealth taxes and ripped up labour law to attract investment and make it easier for companies to hire and fire employees, promising to crack France’s chronic problem with high unemployment.

All the while, he pushed an ambitious agenda in Europe, hoping to transform the European Union into a bigger diplomatic and defence power by deepening the links between its 27 members.

But he expected to face problems when he arrived in power — and so it proved.

“I’m not made to lead in calm weather,” he told author Emmanuel Carrere during a tour of the hurricane-hit French Caribbean island of Saint Martin in 2017. “My predecessor was, but I’m made for storms.”

Over his five years, some storms were expected, some were of his own making, while others barrelled over the horizon unannounced.

After Macron’s first year in office, he faced some of the most violent anti-government demonstrations since the 1960s when protesters in florescent yellow safety jackets began a nationwide revolt against his policies.

From the beginning of 2020, he battled a once-in-a-century global pandemic as Covid-19 spread from China, rendering almost all other government business irrelevant and putting paid to his last reform plans.

“We are at a time in the history of humanity when we have rarely seen such an accumulation of short-term crises,” he told a think-tank in late 2020.

For the last month and a half, having weathered Donald Trump’s norm-shredding American presidency, he has been on the diplomatic frontlines trying to end Russian President Vladimir Putin’s invasion of Ukraine.

Throughout all these crises, the man dubbed “The Chameleon President” by Le Monde newspaper, has often confounded the French.

His pro-enterprise reforms, tough talk on crime, and belief in well-funded public services and state regulation — “neither of the left, nor the right,” he says — has sometimes made it hard to pin down the essence of “Macronism”.

His sometimes abrasive personality and centralised leadership style have often caused him problems.

He has conceded making errors early in his term by making off-the-cuff comments made to members of the public that have forged his reputation for arrogance and insensitivity.

He once told an unemployed gardener that he could “cross the road and get you a job” and accused opponents of his labour market reforms of being “slackers”.

“I think that with some of my comments I hurt people,” the former investment banker at Rothschild and Co added during his interview with TF1. “And I think you can get things done without hurting people.”

Nicolas Domenach, co-author of a recent book titled “Macron: Why so much hatred?”, said these remarks, coupled with Macron’s decision to make tax cuts for the wealthy one of his first priorities, were the fuel for the “Yellow Vest” protests in 2018.

“Not only did we have a ‘president of the rich’, but a president of contempt and arrogance. Everyone we spoke to mentioned it,” said the veteran journalist and commentator. “It cut through. It was like he was branded with it, with hot iron.”

Despite stirring such strong feelings in opponents, Macron has always retained a loyal core of support, mainly from urban professionals.

They admire his pro-business policies and desire to modernise France’s vast social security system, as well as what is widely seen as an uncommon intellect and grasp of policy detail.

Partly thanks to his reforms and vast government spending during the Covid-19 pandemic, unemployment is at its lowest level in 14 years.

“People are also proud when they see him overseas. He represents France well,” explained Domenach.

Macron believes in a “diplomacy of audacity” and he has thrown himself into the search for solutions to crises ranging from Iran’s disputed nuclear programme, to Libya’s civil war, and latterly the Russian-Ukraine conflict.

His repeated mediation efforts have rarely borne fruit — including his most recent attempts to convince Putin not to invade — but the Ukraine crisis has proved a boon for his dream of a stronger, more united European Union.

Macron’s unusual personal life remains a source of fascination in France, though his marriage is no longer a subject of open speculation, as it was before the 2017 election which forced him to make a public denial that he was gay.

He is married to his former drama teacher Brigitte, whom he met while a pupil at a private school in their hometown of Amiens in northeast France.

More than 24 years his senior and a mother of three children, Brigitte divorced her husband and began a relationship with Macron while he was in his late teens.

If Macron fails with his bid for a second term — or succeeds and serves a second term until 2027, when he will be only aged 49 — his mother has an idea of what his future might hold.

“I’m convinced he’ll launch himself as a writer, that he’ll take another path. He’s not the sort of person to do the international conference circuit,” Francoise Nogues told the writer Gael Tchakaloff for her book about the Macron couple.