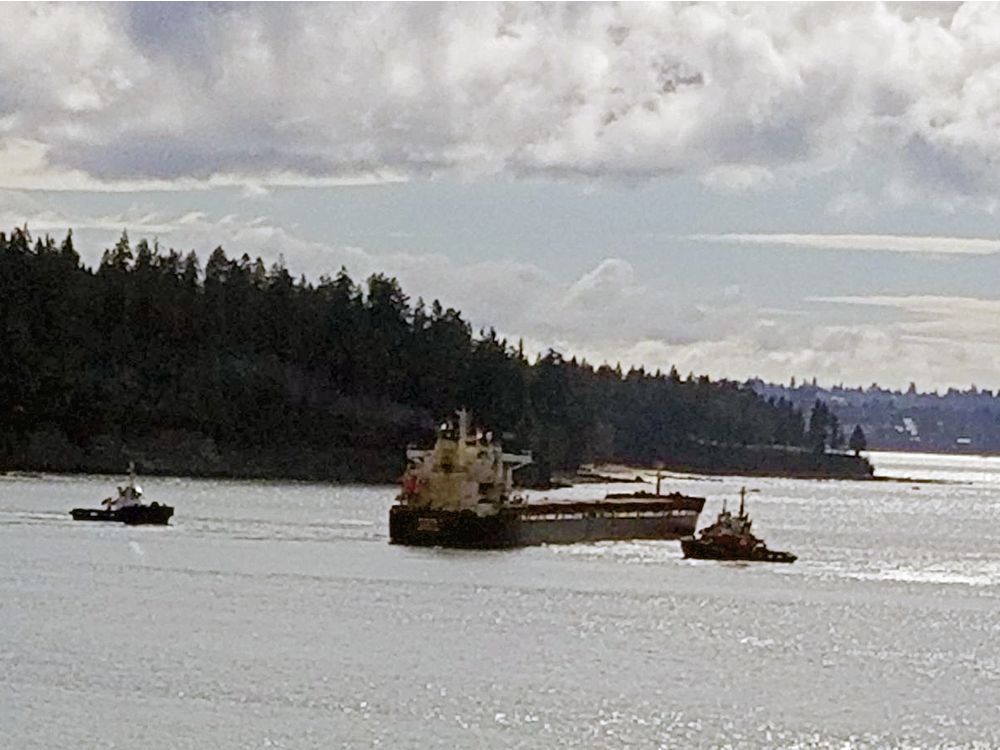 The loaded grain ship had left the Port of Vancouver when it encountered a mechanical issue as it passed Lions Gate Bridge.

A cargo ship that appeared to be dangerously adrift in Burrard Inlet has been safely anchored.

Mary Ellen Schesser saw the incident play out from a West Vancouver highrise around noon on Thursday.

“What I saw was the (ship) looked like it was headed into the (Stanley Park) seawall,” she said. “It was pointed directly at it.”

The freighter appeared to be disabled and was completely out of the shipping lanes, said Schesser. She then saw two “supersized” tugboats race out to the vessel, followed by two more tugboats and police vessels.

“It appeared like it (ship) didn’t have any control,” she said. “They were trying to back it out, and it was swinging weirdly.”

The Canadian Coast Guard said it received a call from the Marvel I about a mechanical problem just as the ship cleared the bridge. The ship dropped anchor and came to rest west of Siwash Rock in Stanley Park, said spokeswoman Michelle Imbeau.

Four tugboats arrived within a half hour to help the ship, which was slightly grounded. The tugs were able to get the vessel free and escorted it to an anchorage in English Bay.

There were no reports of injuries.

The Port of Vancouver said the ship will undergo further assessment.

The coast guard crew from the Kitsilano base checked the area and verified there was no sign of pollution.