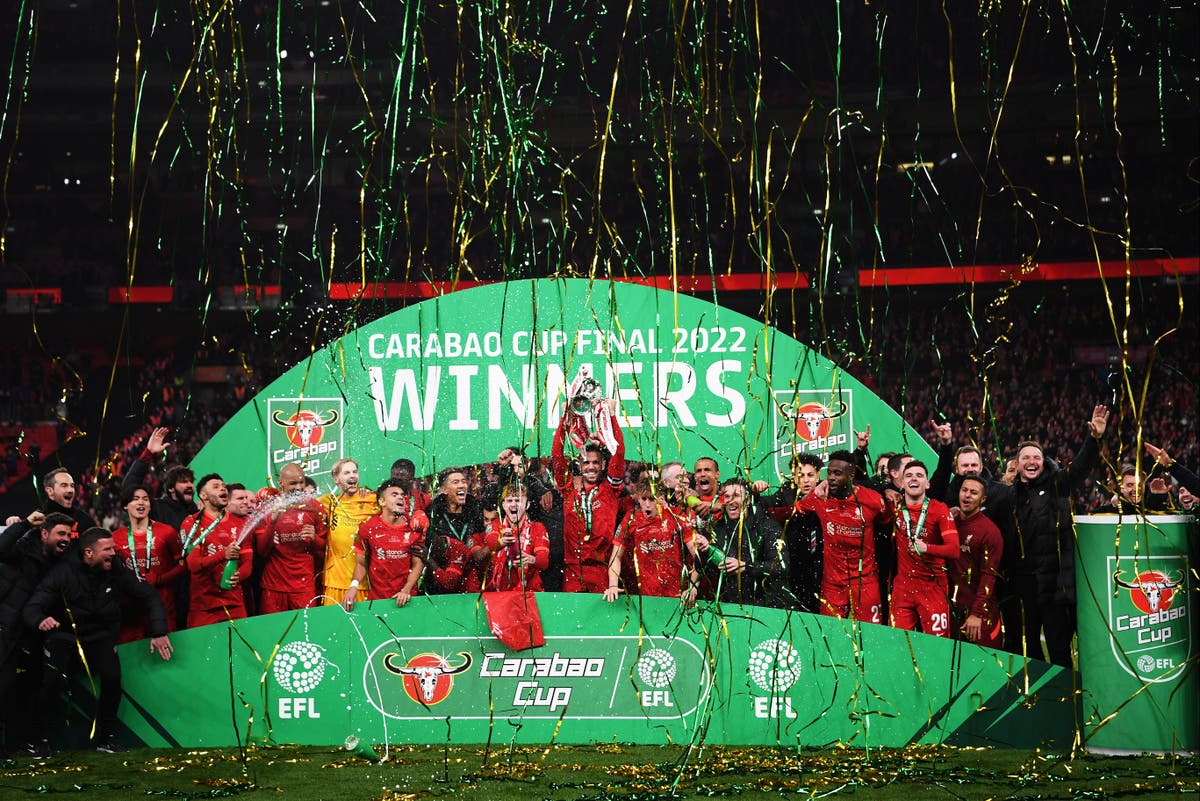 The draw for the Carabao Cup first round takes place this afternoon as the 2022/23 football season edges ever closer. 70 EFL clubs in total are in the hat at this stage, with Burnley and Watford both handed byes through to round two. That is not the case for Norwich, however.

The draw is split into northern and southern sections, with no seeding and the fixtures to take place during the week commencing August 8. 13 Premier League clubs will enter the Carabao Cup in the second round, with the seven teams involved in European competition then joining the party in round three.

Liverpool are the current holders, having outlasted Chelsea on penalties 11-10 in a thrilling shootout at Wembley in February. They would repeat that trick in the FA Cup final three months later. Today’s draw follows hot on the heels of the release of the new EFL fixtures and the draw for the start of the Papa John’s Trophy. Follow it live below!

TV channel: The draw will be broadcast live on Sky Sports News.

Live blog: You can also follow the draw as it happens with Standard Sport’s LIVE blog.

Good afternoon and welcome to Standard Sport’s LIVE coverage of the Carabao Cup first round draw.