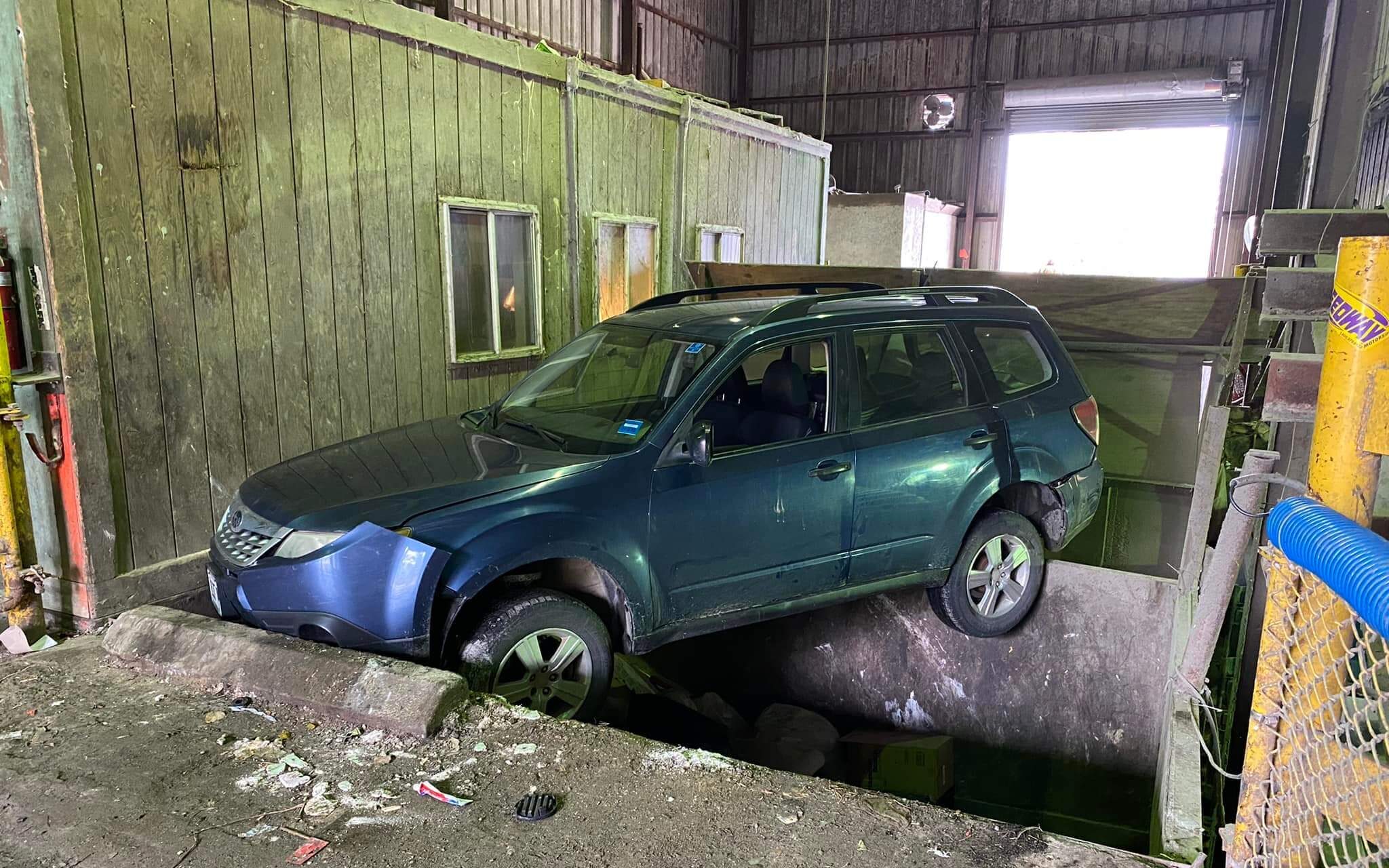 A driver had to be rescued on Friday after the car they were in got stuck handing over the trash compactor at the Millinocket Transfer Station.

The driver was unable to get out of the car because of its position over the hopper/compactor, but was later safely rescued uninjured, according to the East Millinocket Police Department.

The car was removed by a heavy duty wrecker and boom due to worries that the fuel tank was going to rupture, police said.