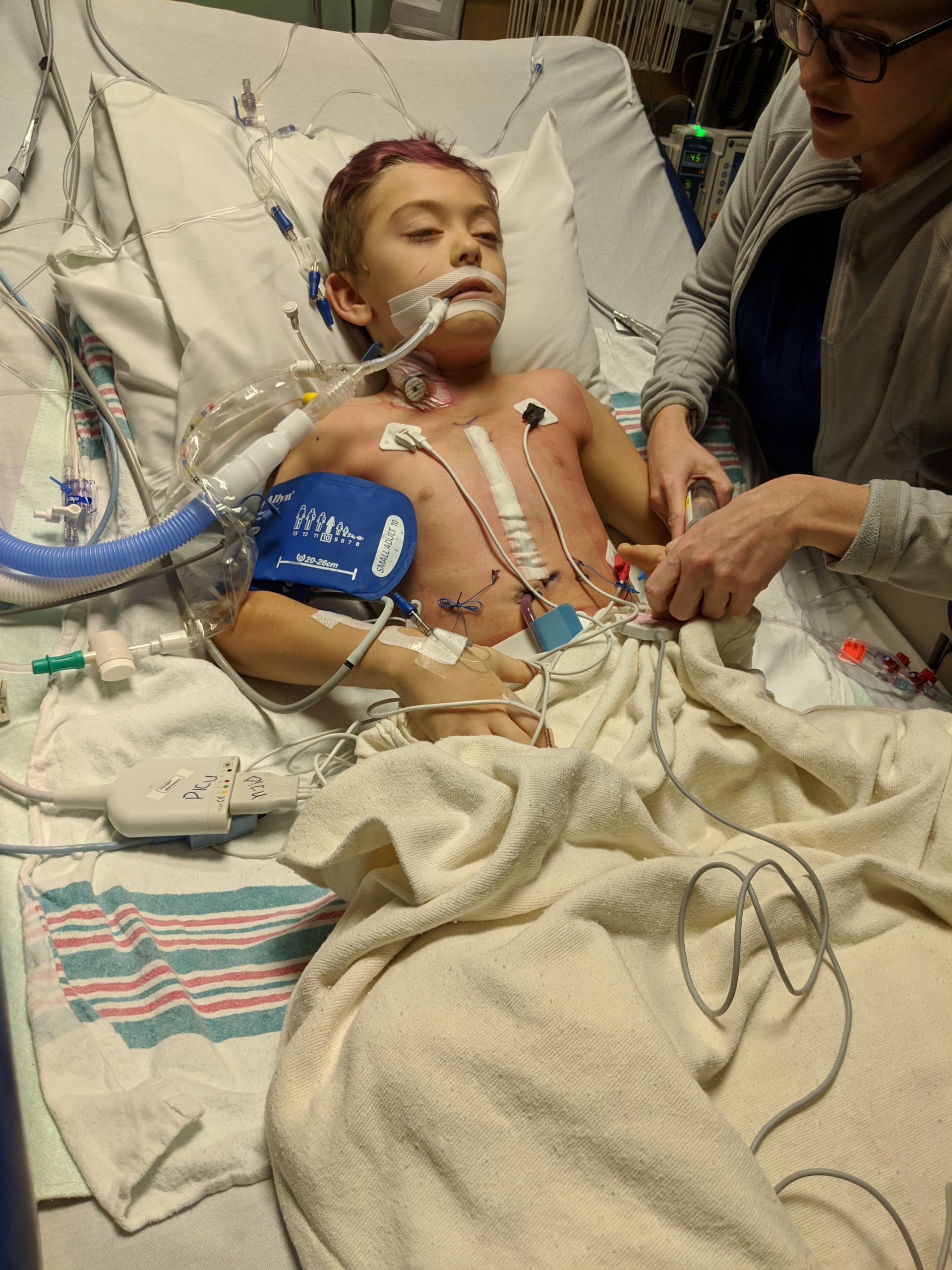 A 12-year-old boy is hoping to make a difference in the lives of other kids like him, all through podcasting.

Zander Zatylyn has just wrapped up a cross-country tour, his last stop in Vancouver, with the goal of raising awareness for children’s hospitals across Canada.

Zander knows first-hand the important care these health settings provide. He was born with a rare heart condition and has had to undergo three open heart surgeries in his lifetime.

“I can’t stop talking so I’m basically using this to get my voice out. And I love meeting new people, especially celebrities,” he told CityNews of the origins of his podcast.

His first guest was Canadian pro golfer Brooke Henderson, whom he says was amazing.

He’s also been able to chat with a number of NHL players, including Vancouver Canuck Brock Boeser.

“[It’s been] amazing. Absolutely amazing. All the NHLers, they’re all so down to earth, they’re so nice, so kind. And that’s what I really want people to know is NHLers can just be so great and they can do so much in the world other than just playing a game of hockey,” Zander said, noting many players give back to children’s hospitals, too.

I was really fortunate to have a game day sit down with some great men while in Vancouver. Thank you Brock Boeser of the Canucks and Malcolm Berry and Dr. Sanatani from the BC Children's Hospital (Foundation) @Canucks @BCCHF pic.twitter.com/GuEZP7sye2

But the podcast itself wasn’t enough. He says he began selling merchandise to raise money for the Children’s Hospital of Eastern Ontario and things just began to grow.

“I was like, ‘I really want to expand this.’ So I did a proposal to the NHL, they said ‘yes,’ and I’ve done each NHL city, each NHL Canadian city, and it’s been great,” he explained.

Zander tells CityNews he felt compelled to give back to the doctors and nurses at his local children’s hospital, who took such great care of him, as well as others across Canada.

In addition to Henderson and NHLers, Zander’s also been able to speak with some big Hollywood stars, including Jimmy Kimmel, John Stamos, and Matthew McConaughey.

Zander says he shares his story with potential guests when he extends invites, giving them a sense of what he’s trying to do.

“Jimmy Kimmel actually, he can really relate to me because his son, Billy, he has a heart condition,” the young podcaster said.

However, one guest in particular has stood out so far.

“Probably Matthew McConaughey because I could really relate to him as well. We just bonded right from the start and he was like my best friend,” Zander told CityNews. “We talked about him growing up, where he went to school, what he did in school, his book, Greenlights. And it was actually really cool because he’s inviting me out to Texas. It’s going to be crazy.”

Enjoy this 2 min sneak peek of my NHL cross country tour! My Montréal stop will be available for viewing 01.10.2021. Enjoy and remember to support Children's Health across Canada https://t.co/bJ0Pb7ME2p

Given his heart condition, Zander admits the podcasting and touring can be a lot. But he says he’s really “just a regular kid” and that his condition isn’t stopping him.

Even though his Canada tour is over, his podcasting continues. He already has some guests, including American actress Glenn Close, lined up.

While he doesn’t know exactly where his efforts will go next, he hopes whatever happens will help others and raise awareness for children’s health.

And he plans to take McConaughey up on his offer, if it still stands.