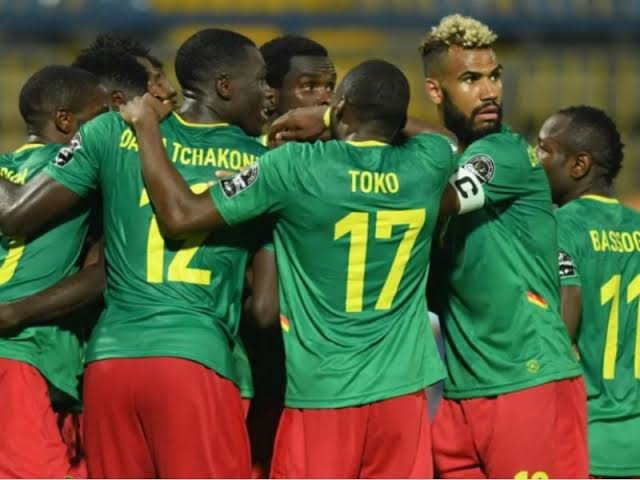 Cameroon are no strangers to success at the African Cup of Nations, winning as recently a 2017 against all odds. This time around, they carry the weight of expectations of a nation looking to unite its people again through sport.

Arguably the biggest face out of Cameroonian sport and a prominent member of the Lions’ golden age, Samuel Etoo is the current head of FECAFOOT, the country’s football federation and the AFCON on home soil is his first bow. A triumphant outing won’t be a bad start by any means for the top scorer in the history of the competition but if there’s anyone who understands the difficulty that comes with that, it’s the former Barcelona and Chelsea attacker.

Cameroon coach, Tony Conceiçao also understands the weight of these expectations as he admitted the backlash that will come with of any result less than a place in the final. The 60-year old Portuguese tactician understands what the AFCON means to locals, especially at this period.

“We know that Cameroonians have high hopes because the competition is taking place here, ” Conceicao was quoted by BBC.

Since the moment it was decided that Afcon would be hosted in Cameroon, every Cameroonian has felt that this will give them the advantage to win the trophy. But for us football professionals we know it doesn’t work that way.

“We feel that people are more demanding of the Indomitable Lions because of their history and what they’ve accomplished in the past: five African titles and the seven times they’ve been present in the World Cup.

“If we don’t, it will be difficult for us, the technical staff, to deal with the criticism, because people here don’t forgive failure.”

That persona non grata for failure is the reason Cameroon players and coaching staff need to work twice as hard to emerge victorious. In terms of personnel, they have a squad good enough to compete at the highest level of African football. They must now pull themselves up by their bootstraps to put smiles on those millions of faces.

In skipper and Bayern Munich attacker, Eric Choupo-Moting, Cameroon has a man who has always proven himself a great example for others. Another advantage possessed by the Indomitable Lions is their squad. Many of the members of the current squad have been together for at least three tournaments, with the injection of vibrancy and youth also proving to be a masterstroke.

In goal, they have one of the finest goalkeepers in the world in Inter Milan new goalkeeper, Andre Onana. In defence, they have Red Bull Salzburg Jerome Onguene to marshall play. Should he show anything near his form for the Austrian club this season, the Cameroon defence is surely in safe hands. On-loan Napoli midfielder Andre-Frank Zambo Anguissa will also be instrumental for Cameroon as he’s had a very good season in Italy and has been one of Cameroon’s best players in the last few years.

There’s a good mixture of experience, youth and wits in their attack with 2017 AFCON MVP Christian Bassogog still available. Experienced attacker Vincent Aboubakar, Clinton Njie, Choupo-Moting and Karl Toko Ekambi are also decent options and are as good a collection as any nation’s in the tournament.

It took Cameroon 15 years and seven tournaments to win the AFCON again in 2017,  but will hope they bounce back better on home soil. Grouped alongside a very compact Burkina Faso team, a resilient Cape Verde and Ethiopia, the hosts have more than enough to chew in terms of early hardness.

Like coach Conceiçao admitted, failure is not an admissible option for Cameroon and the weight of expectations, they hope, won’t crash a nation’s dream.

Also Read: No Vaccine, No Entrance In Stadiums – CAF