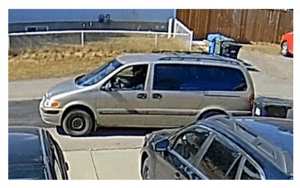 A man is dead after a shooting Friday afternoon in southeast Calgary.

Emergency crews were called to the area of Radcliffe Close and Radcliffe Drive in Radisson Heights at around 1:30 p.m.

The victim was found shot inside a home. He was pronounced the man dead at the scene.

Police say a suspect vehicle may have been involved in the incident which is described as a beige or grey Chevrolet Venture minivan fleeing the scene at approximately the same time.

Police say this is a suspicious death, the second in two days.

On Thursday, a 16-year-old was found dead in the northwest community of Arbour Lake and it is considered a homicide.

If you have information about the death, you should call police at 403-266-1234, or report it online anonymously through Crime Stoppers.