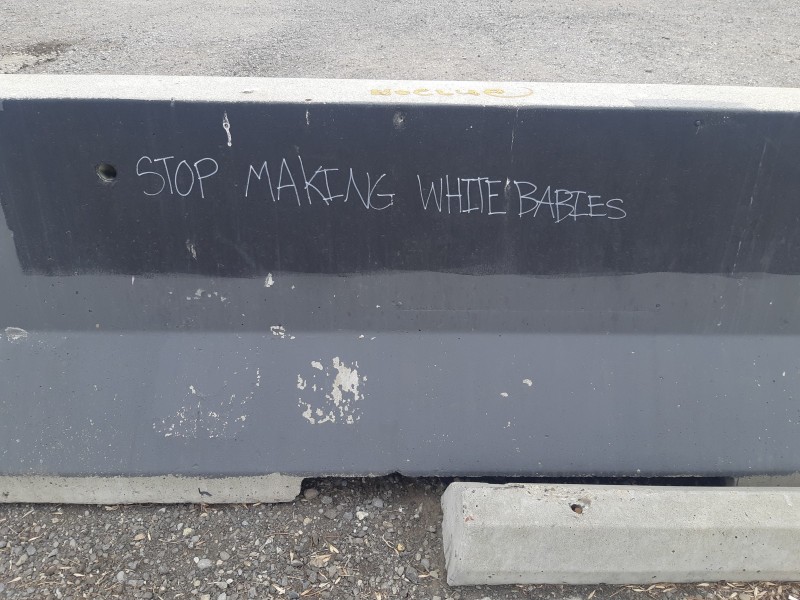 Calgary police say its Hate Crime Team is now involved after what they call “racially motivated graffiti” was found downtown.

The words “kill off the white supremacists!” and “stop making white babies” were found written on three cement barriers and reported Thursday.

The graffiti was located on barriers facing 17th avenue southwest. Police are asking the public to help identify who did this and when it happened.

Removal of the graffiti is currently underway.

If you have information about this call police at 403-266-1234, or report it online anonymously through Crime Stoppers.