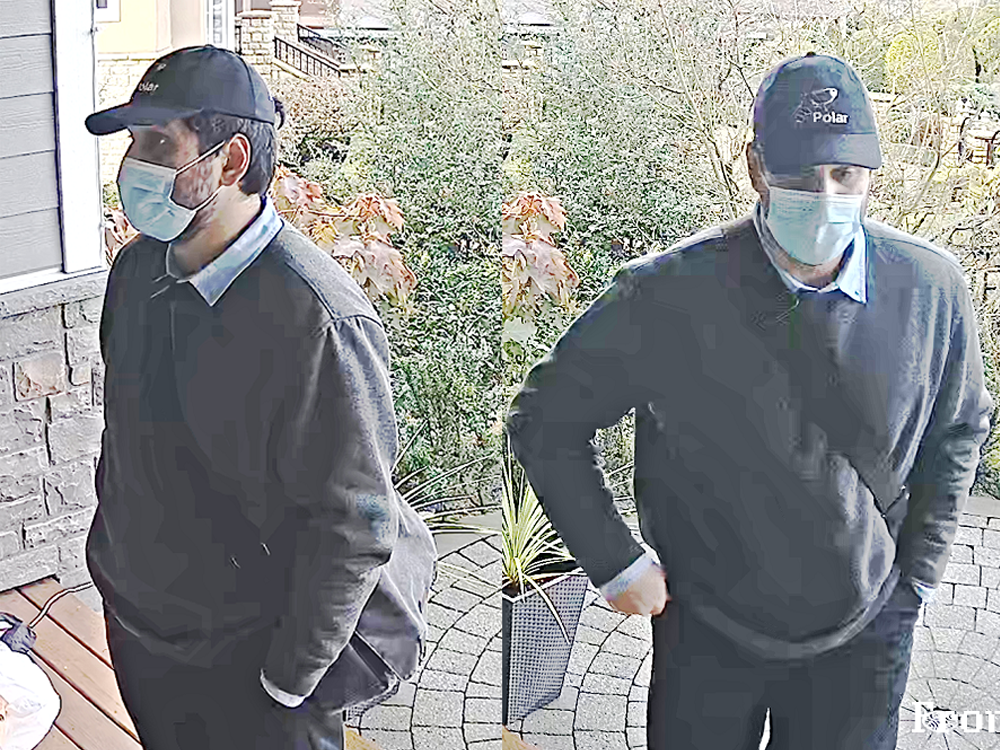 Police are releasing surveillance footage they say shows a burglar who broke into a home last month while the homeowner was inside.

According to Burnaby RCMP, the break-in took place near Stanley Crescent and Canada Way around 11:30 a.m. on Dec. 15, 2021, while the homeowner was inside.

The homeowner and the burglar did not interact and investigators say it’s unclear if the burglar knew someone was inside when they entered.

The video footage shows an individual with a messenger bag and hat, wearing a white mask ringing the doorbell of a home, then pulling out a phone to check something, before trying the doorbell again.

When no one responded, the burglar then knocked on the door and is later pictured walking away from the front door though it’s unclear if he approached the home from another entrance.