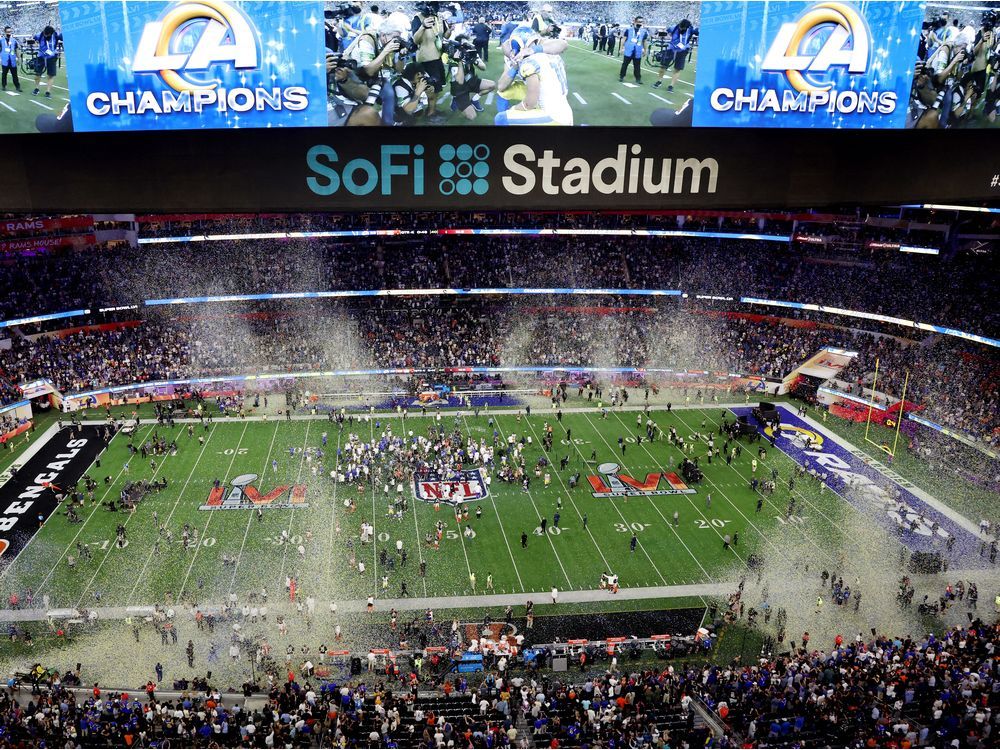 Bulls of the Week

The NFL is basking in the afterglow of Super Bowl LVI and has spent the week flexing its considerable muscle on various fronts. The league’s sport business hegemony was again apparent on the strength of betting volume records in multiple jurisdictions, bigger-than-ever apparel royalties, record US$7 million 30-second TV commercials and all-time-best “per capita” concession and merchandising sales in-stadium.

It was also a huge success in showing off the 70,000-seat, US$5.5 billion SoFi Stadium, which earned rave reviews befitting its status as the most-expensive stadium in the world. Privately financed by Super Bowl-winning Los Angeles Rams owner Stan Kroenke and his net worth of US$10.7 billion, it was the definitive anchor for the real estate mogul’s vision to relocate his team from St. Louis six years ago.

As usual, much of the Super Bowl talk was around TV ratings and reach, from the average viewership of 101.1 million Americans watching on conventional TV (99.18 million on NBC and 1.91 million on Spanish-language Telemundo) to the eight million Canadians tuning in on CTV/TSN/RDS. The Super Bowl again proved that it’s bigger than any team matchup: The event will draw 100 million Americans and a global audience of more than 150 million no matter which two franchises square-off in the NFL’s sport and pop culture showcase.

Yet the big winner at Super Bowl LVI was video streaming. The showdown between the hometown Rams and the underdog Cincinnati Bengals became the most-streamed event in history, with about 11.21 million Americans consuming the game on their smartphones and tablets. That means that 10 per cent of the total audience delivery of 112.3 million originated from the digital platforms at NBC Sports, Paramount, the NFL and its 32 franchises.

After several years of seeing streaming channels grow to two, three and four per cent of total audience delivery, hitting double digits was and is an absolute game-changer and will help shape a future in which video streaming surpasses conventional TV, perhaps within five years. Just watch for the impact of Amazon’s now exclusive rights to Thursday Night Football next season for a glimpse of what’s coming over the course of the next generation.

Bears of the Week

For the second consecutive Olympics, the world’s best athletes — save for men’s hockey players from the NHL — competed largely in front of near-empty venues.

Like Tokyo 2020 held just six months ago in summer 2021, Beijing 2022 was severely limited given its particularly strict COVID-19 protocols. Beijing and China instead focused their efforts on staging for TV — including at the closing ceremonies coming up this weekend — but the Olympic experience just wasn’t the same without capacity-crowd arenas filled with fans and sport tourists from other countries.

Set against a backdrop of human rights violations and nothing but artificial snow at all outdoor venues, the most bearish legacy of Beijing 2022 will be — yet again — the bogeyman of performance enhancing drugs. The Kamila Valieva figure skating soap opera was a badly mishandled affair by all of her adult handlers and an embarrassment for the IOC.

Irresponsible conduct — and abusive treatment of a 15-year-old minor — has rarely sunk as low as it did in this latest Russian Olympic scandal.

Marketing communications executive and sport business commentator Tom Mayenknecht is a principal in Emblematica Brand Builders and the host of The Sport Market on BNN Bloomberg Radio 1410 and TSN Radio nationally. Follow Mayenknecht at: twitter.com/TheSportMarket