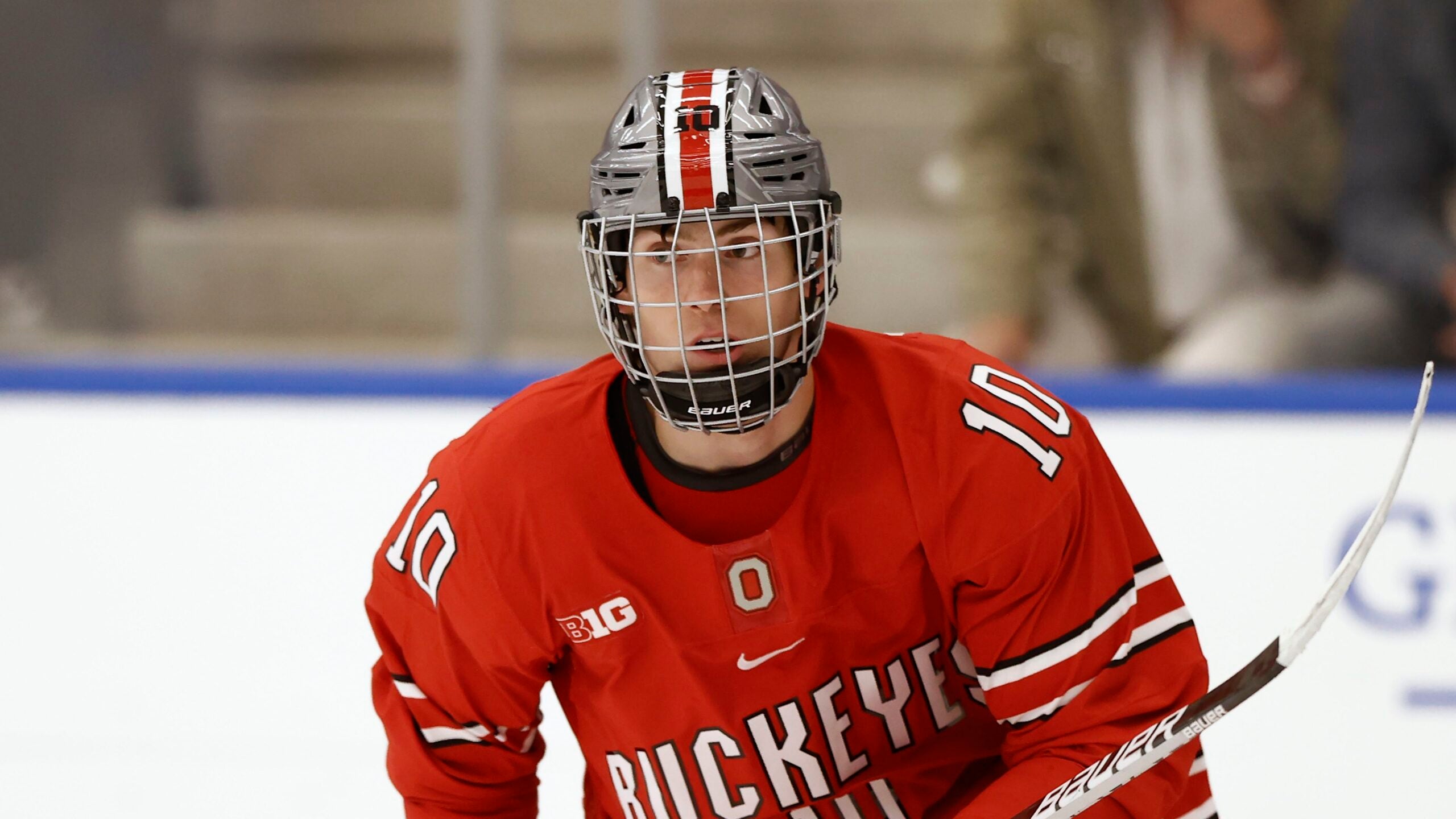 WASHINGTON – The Bruins on Saturday made another foray into the college free-agent pool, signing Ohio State forward Georgii Merkulov to a three-year contract that will begin next season.

Merkulov, a 21-year-old freshman, led Ohio State in scoring this season with 20 goals and 34 points after playing the previous two seasons at Youngstown of the USHL. He’ll report to AHL Providence for the remainder of this season, playing under an amateur tryout agreement.

Last month, Bruins general manager Don Sweeney signed Billerica forward Marc McLaughlin as a free agent out of Boston College. McLaughlin, 22, on Sunday was slated play in his fourth game in Black and Gold here in a matinee vs. the Caps, lining up on the No. 2 line with Taylor Hall and Erik Haula. Merkulov, who grew up some 150 miles southeast of Moscow, was somewhat of a surprise for the Buckeyes in his first year of NCAA Division 1 play.

Finish the story on BostonGlobe.com.