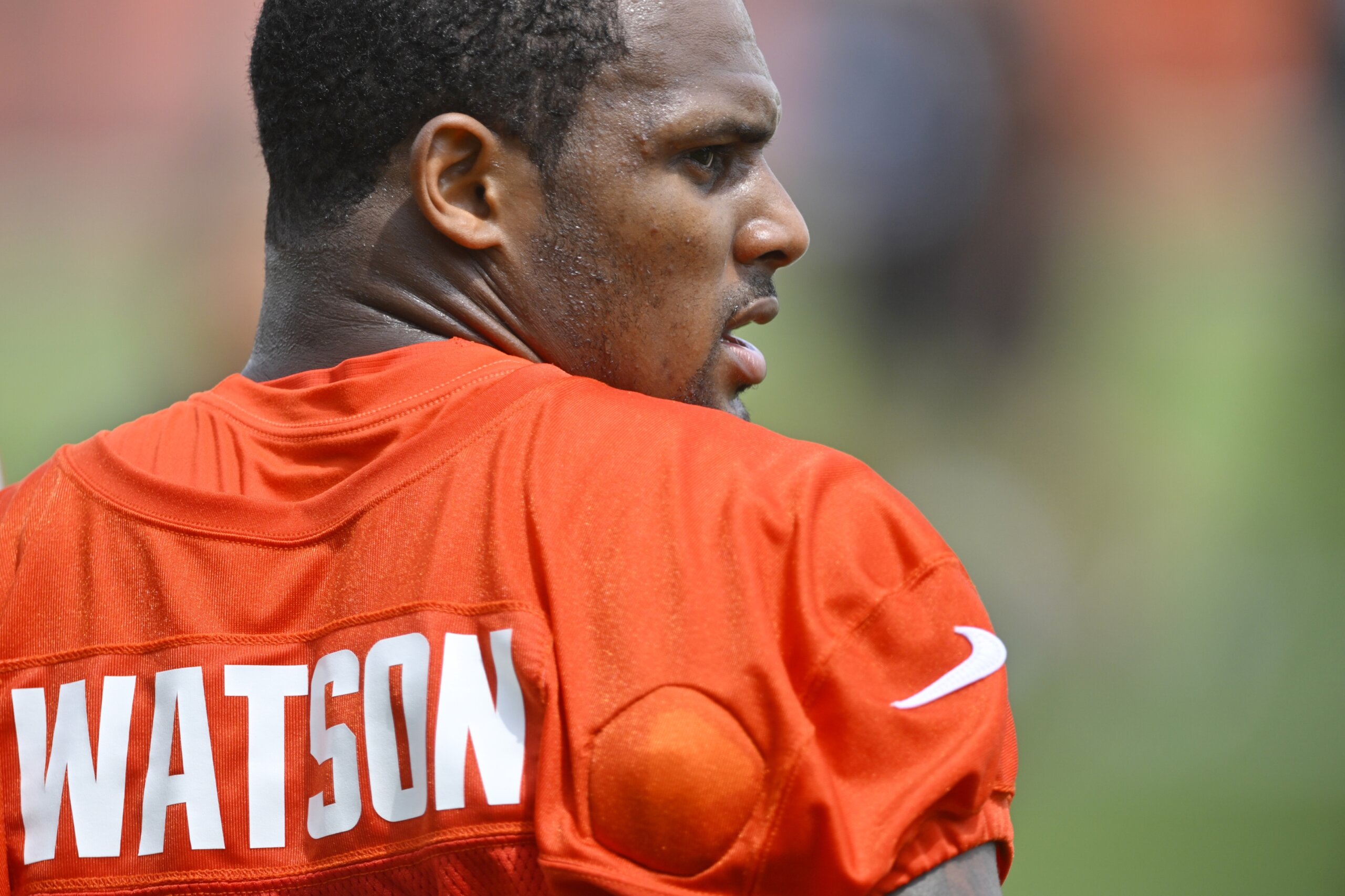 The latest lawsuit was filed in Houston by attorney Tony Buzbee, who is representing all 24 women.

“Lost in the media frenzy surrounding Deshaun Watson is that these are twenty-four strong, courageous women who, despite ridicule, legal shenanigans, and intense media scrutiny, continue to stand firm for what is right,” Buzbee said in a statement.

Watson has been accused by massage therapists of harassing, assaulting or touching them during appointments when he was with the Houston Texans.

The latest lawsuit makes similar allegations as the woman, a massage therapist, accuses Watson of assaulting and harassing her during an August 2020 session in her apartment. The woman alleges that during the massage session, Watson exposed himself and masturbated and “offered no apology or explanation for his conduct.”

The woman has quit being a massage therapist because of what happened to her and now suffers from depression and anxiety, according to the lawsuit.

Rusty Hardin, Watson’s lead attorney, said he could not immediately comment on the latest lawsuit.

“Our legal team has not had time to investigate this new filing and had not heard her name until today. Deshaun continues to deny he did anything inappropriate with any of the plaintiffs,” Hardin said in a statement Monday.

Hardin has previously said Watson had consensual sexual activity with three of the women and did not force any of his accusers to have sexual contact.

The first 22 lawsuits were filed in March and April of 2021, with the latest two being filed since two of the women detailed encounters with Watson while being interviewed on HBO’s “Real Sports with Bryant Gumbel.”

As the 24th lawsuit was being formally announced, Watson took part in the Browns’ charity golf outing in Rocky River, Ohio. Watson did not speak to the media.

Before Watson arrived at Westwood Country Club, Browns coach Kevin Stefanski was asked if the latest lawsuit causes the organization to revisit with the quarterback about his legal situation.

“With that, we’re trying to just be respectful of the process and let that take care of it,” Stefanski said.

But Watson could still be suspended if the NFL determines he violated the league’s personal conduct policy. The three-time Pro Bowler has been interviewed by league investigators, who will present their findings to disciplinary officer Sue L. Robinson. Commissioner Roger Goodell said last month the investigation was nearing a conclusion.

League spokesman Brian McCarthy said there was no update on the investigation or any timeline.

“We will decline comment as the matter remains under review,” he said in an email to The Associated Press.

Watson has maintained his innocence, saying any sexual activity was consensual.

At his introductory news conference with the Browns in March, Watson denied any wrongdoing. “I’ve never assaulted or disrespected or harassed any woman in my life,” Watson said. “I’ve never done these things people are alleging.”

Stefanski said Monday the team is prepared to handle whatever the league decides.

“I think all along we’re just going to take those things day-by-day and when we have information, then we’ll act on said information,” he said.

Watson was traded from the Texans to Cleveland in March and then signed a fully guaranteed five-year, $230 million contract with his new team despite his ongoing legal problems.

Cleveland signed veteran quarterback Jacoby Brissett to back up Watson. Baker Mayfield remains on the team, but the Browns are looking to trade the No. 1 overall pick in 2018.

Watson has been participating in the Browns’ offseason team activities, which will continue this week. The team has a mandatory minicamp scheduled from June 14-16.