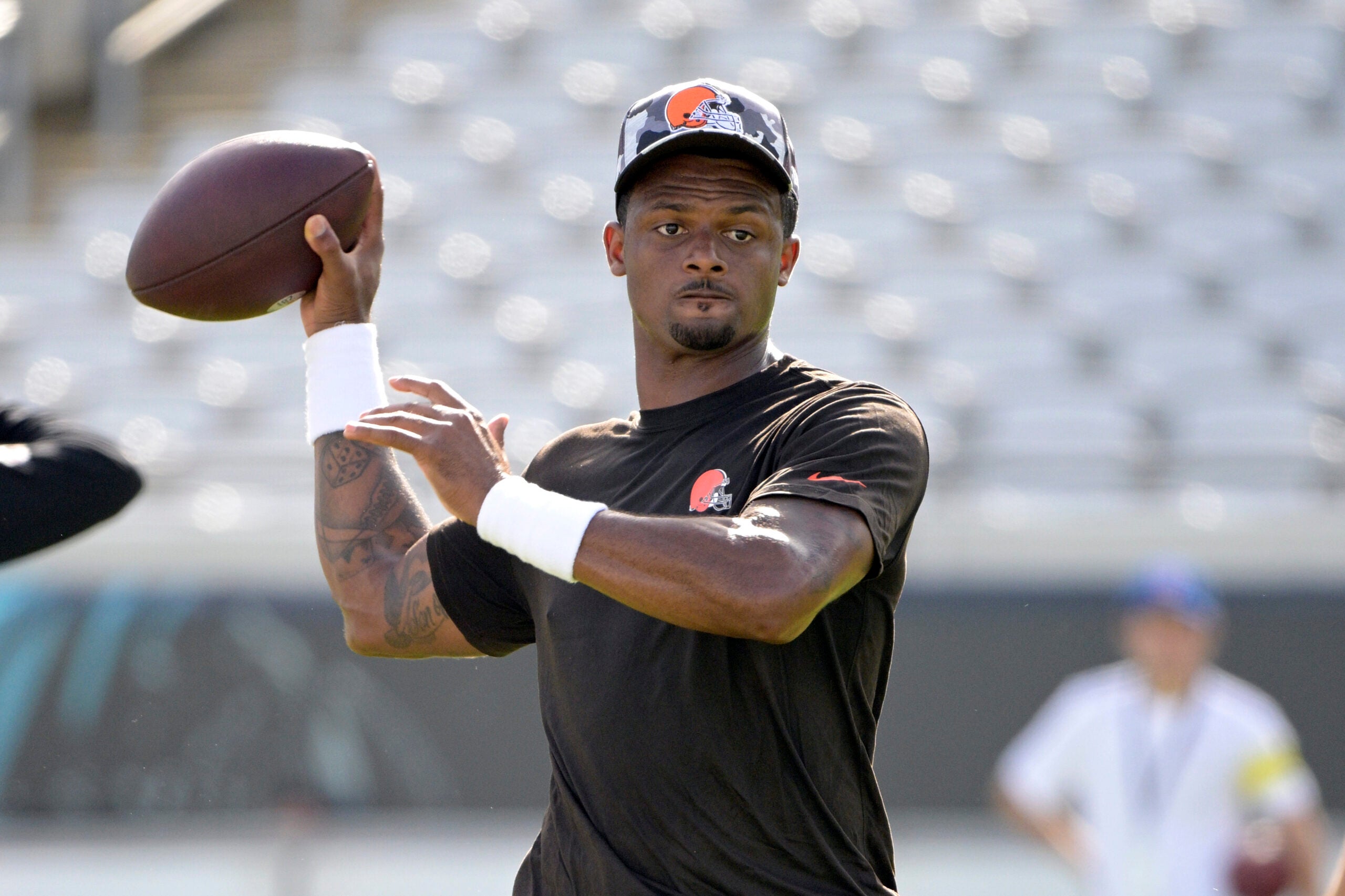 Cleveland Browns quarterback Deshaun Watson apologized Friday “to all the women I have impacted” after being accused by two dozen women of sexual misconduct during massage therapy sessions.

Watson, who is facing a potential year-long NFL suspension, spoke before Cleveland’s exhibition opener in Jacksonville — his first game since Jan. 3, 2021, with the Houston Texans.

As part of her decision, the retired federal judge noted Watson’s lack of remorse.

Watson was asked in a pregame interview with the team’s in-house TV crew Friday for his response to Robinson’s position that he hasn’t been contrite.

“Look, I want to say that I’m truly sorry to all of the women that I have impacted in this situation,” Watson said in the interview. “The decisions that I made in my life that put me in this position I would definitely like to have back, but I want to continue to move forward and grow and learn and show that I am a true person of character and I am going to keep pushing forward.”

This is the first time Watson has publicly apologized for his alleged behavior. In his two media interviews since joining the Browns in March, he had said only that he had “no regrets” while acknowledging his actions had negatively impacted “so many people.”

Watson had an uneventful debut, completing just 1 of 5 passes for 7 yards in three series before being replaced in Cleveland’s 24-13 win. Jacoby Brissett, who is expected to start during Watson’s suspension, didn’t play.

Watson was accused of sexually harassing or assaulting the women during the therapy sessions in 2020 and 2021. He has always denied wrongdoing and grand juries in two Texas counties declined to indict him on criminal complaints.

However, he’s still facing discipline from the league, which appealed Robinson’s penalty and is seeking a full-season ban along with a significant fine over $5 million and for Watson to undergo evaluation and treatment before he could be reinstated.

There’s no timetable on Harvey’s decision. It’s also possible the sides could work out a settlement. On Thursday, a person familiar with Watson’s defense told AP that the 26-year-old would agree to an eight-game suspension and $5 million fine.

The person spoke on condition of anonymity because of the sensitivity of the high-profile case.

Watson has continued to practice and was excited about making his debut with Cleveland, which traded three-first-round picks to Houston for him in March and signed him to a five-year, $230 million contract.

Depending on Harvey’s ruling, Watson could be away from the Browns for an extended period. He was asked what kind of personal growth he hoped to make.

“I know I have a lot of work to put in, especially on the field to be able to make sure I’m ready to play whenever that time comes whenever I can step back on the field,” he said. “But also, the biggest thing is I want to continue counseling and I want to make sure that I’m growing as a person, as an individual for my decision-making on and off the field.

“I want to make sure that I’m just evolving in the community as much as possible, and that is for the Cleveland community, that is the NFL community and beyond.”

If Watson is suspended indefinitely, he would not be able to practice or play in the preseason so he was looking forward to facing the Jaguars.