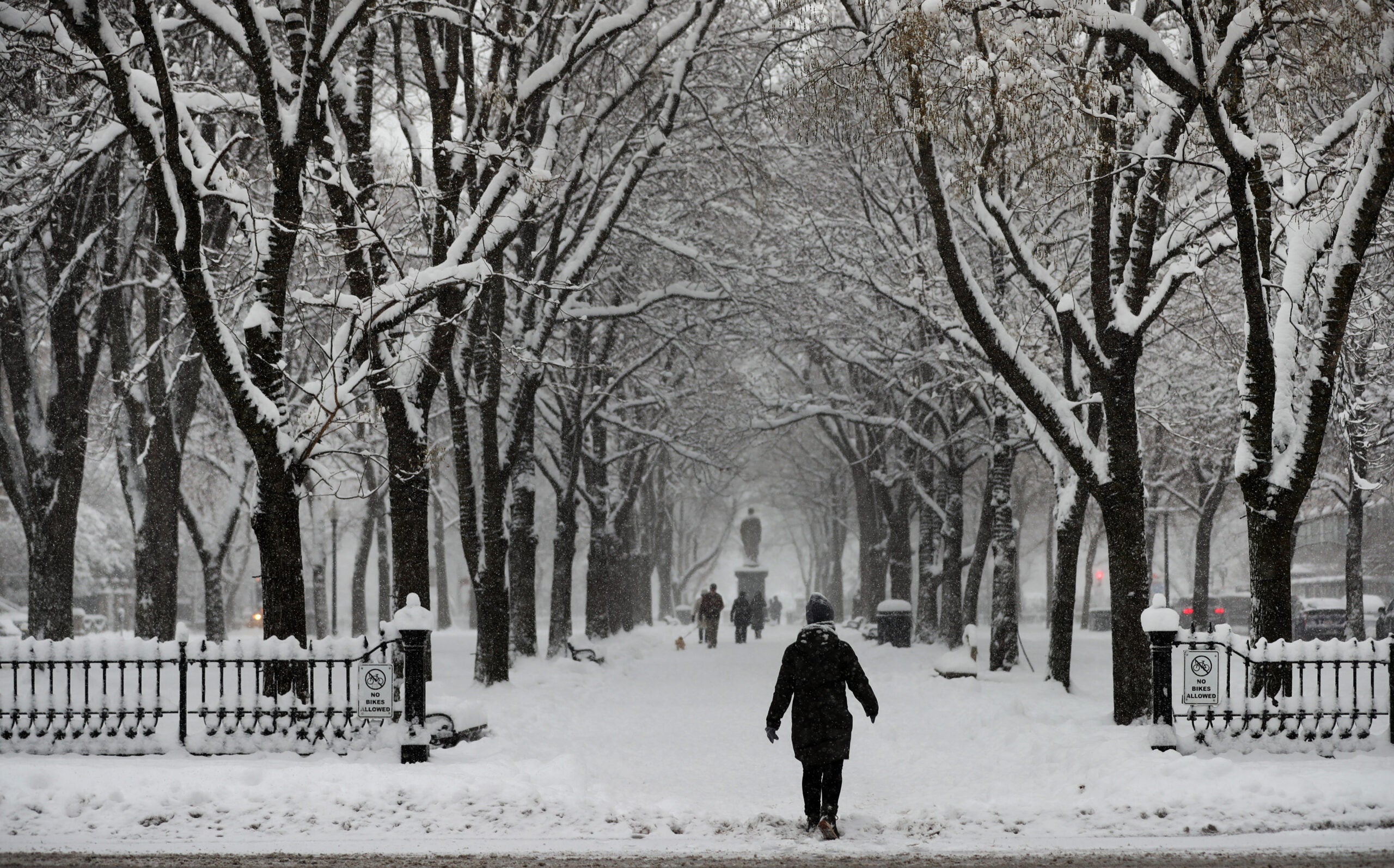 A shock of frigid Arctic air will send temps plummeting throughout the region next week.

Tuesday is expected to be the coldest day of the winter season so far, with highs in the single digits and teens, according to WBZ meteorologists. Wind chills will bring the temps down below zero throughout the day.

“New England will be the most anomalously cold region of the entire northern hemisphere on Tuesday,” said WBZ forecaster Terry Eliasen.

Though no significant snow storms are forecast for next week, the National Weather Service’s Boston bureau predicts a little rain and snow Sunday.

According to NWS, Sunday will start out with a slight chance of snow before 9 a.m., then a chance of rain and sleet in the late morning. Highs will reach 40, and it will be windy, with gusts reaching up to 30 mph. Sunday night will bring a chance of rain before 10 p.m.

Then the chill picks up on Monday. Though it’ll be sunny, highs will be in the 20s during the day, with temps dropping to a low of 6 at night. Tuesday’s high will be a frigid 11, with an evening low of 1. The NWS said on Twitter Saturday that Tuesday wind chills could reach as low as -20 degrees Fahrenheit.

“If you think it’s cold right now, unfortunately, we will experience the coldest air of the season early next week,” the NWS said. “A shot of Arctic air will lead to bitterly cold conditions Mon night into Tue. Temps top out in the single digits to mid-teens with wind chill values as low as -20F.”

Temps pick up Wednesday, but not by much, with mostly sunny skies and a high near 30. On Thursday, temps will reach a high of nearly 40. WBZ forecasts temps will drop Friday, with the possibility of snow.

Nearly 100 percent of the Northeast is covered in snow

After Friday’s snowfall, the National Operational Hydrologic Remote Sensing Center analysis reported that 99.1 percent of the Northeast is currently covered in snow. The NWS shared a graphic of the region on Twitter Saturday, saying “That’s looking a lot more like winter! Clear skies across much of the Northeast has revealed a solid snow cover.”

The NWS also said Saturday that its Boston site observer reported an additional half-inch of snowfall Friday afternoon, bringing the city’s official daily snowfall for Friday up to 11.7 inches. The measurement means Friday saw the highest second daily snowfall on record, just behind 13.8 inches in 1977.