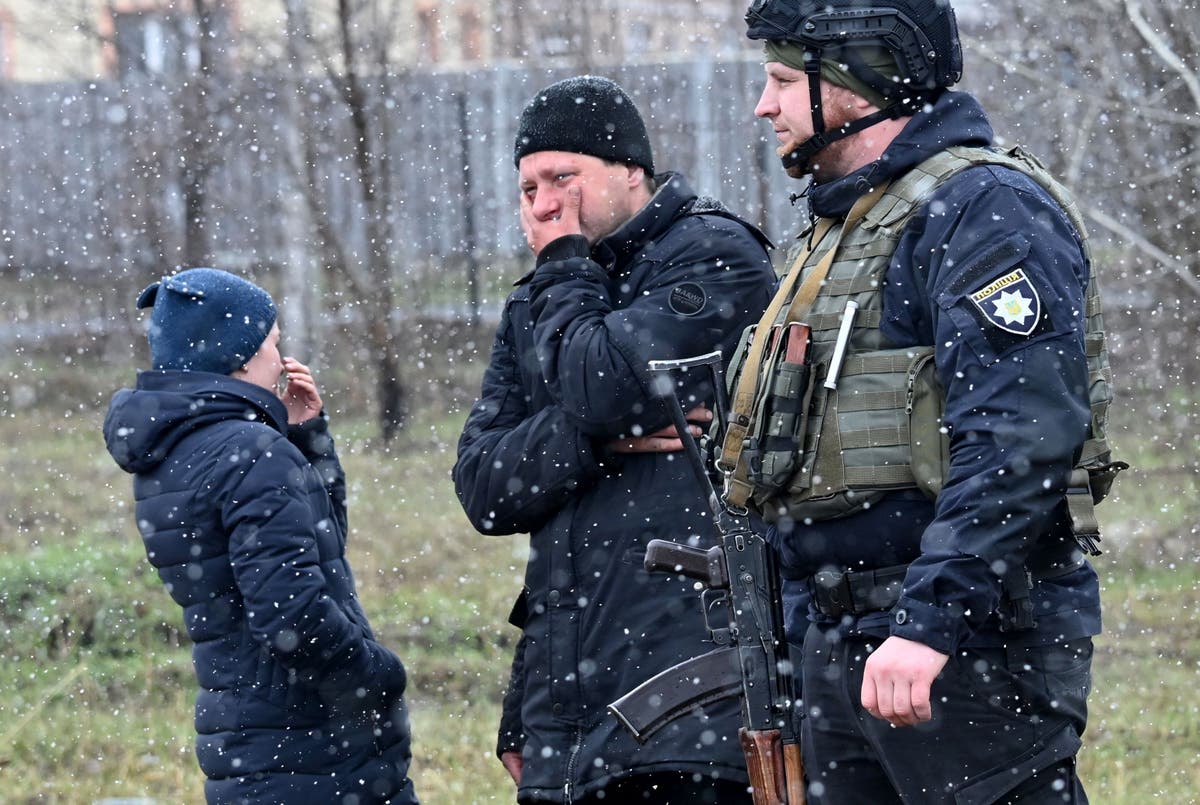 ritain is to step up its military support for Ukraine after horrific killings of civilians by Vladimir Putin’s troops were branded as “genocide” by President Volodymyr Zelensky.

Prime minister Boris Johnson condemned the “despicable attacks against innocent civilians” in the town of Irpin and Bucha, where harrowing images emerged on Sunday of mass graves and bodies stuffed in bags.

An adviser to Mr Zelensky earlier said dead civilians had been found on the streets of Bucha, in what resembled a “horror movie”.

Journalists from the Associated Press said they had watched as Ukrainian soldiers used cables to drag bodies off a street – from a distance due to fears they may be booby-trapped.

Reacting to reports that Russian soldiers had killed civilians, Mr Johnson said: “No denial or disinformation from the Kremlin can hide what we all know to be the truth – Putin is desperate, his invasion is failing, and Ukraine’s resolve has never been stronger.

“I will do everything in my power to starve Putin’s war machine. We are stepping up our sanctions and military support, as well as bolstering our humanitarian support package to help those in need on the ground.”

He said that justice secretary Dominic Raab had authorised additional financial support and the deployment of specialist investigators in Ukraine.

“We will not rest until justice is served,” he added.

In an interview with CBS News on Sunday, MrZelensky warned that Ukrainian civilians were being “exterminated” by the Russian army as they retreated from positions around the capital Kyiv.

He said his country faced “elimination”, adding: “We are the citizens of Ukraine, and we don’t want to be subject to Russian aggression. This is the reason we are being exterminated and destroyed.

“This is happening in the Europe of the 21st century.”

Mr Scholz said that Mr Putin and his supporters “would feel the consequences” of their actions.

“And we will continue to make weapons available to Ukraine so the country can defend itself against the Russian invasion,” he added.

She said the UK would “not rest” until those responsible faced justice, adding that Russia would not be allowed to cover up its involvement through “cynical disinformation”.

Mr Zelensky’s spokesman Sergey Nikiforov said that Ukrainian soldiers had uncovered “mass graves” as they moved into territory vacated by Russian soldiers. The Kremlin last week claimed it would significantly reduce its operations in the capital and neighbouring Chernihiv and refocus its efforts on the Donbas region.

“We found people with their hands and with their legs tied up… and with shots, bullet holes, in the back of their head,” Mr Nikiforov said.

“They were clearly civilians and they were executed. We found half-burned bodies as if somebody tried to hide their crimes but they didn’t have enough time to do it properly.”