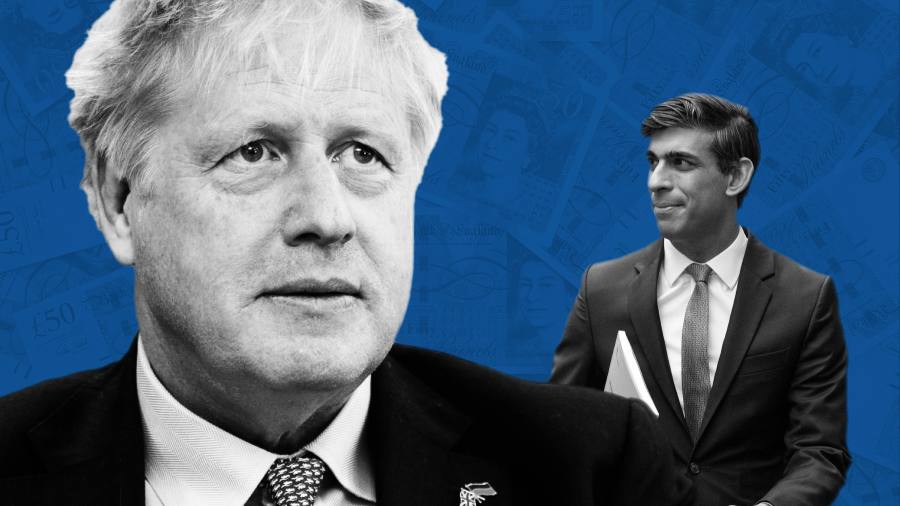 Boris Johnson started the week of his political “reset” surveying the cabinet table and noting that most of his ministers were too young to remember the economic pain of the UK in the 1970s.

Johnson said he was determined to avoid a repeat of that decade’s stagflation and high unemployment — but his comments were a reminder that he is plotting a comeback in the teeth of an economic storm.

He emerges from a decisive week in a less precarious position than many had expected, even if the bar for success — to paraphrase Labour leader Sir Keir Starmer this week — had been set “lower than a snake’s belly”.

Johnson’s allies were relieved that “only” four more Tory MPs initially called for the prime minister to quit following Sue Gray’s damning account of a culture of drinking and pandemic lawbreaking in Downing Street, although criticism grew during the course of Friday.

A snap YouGov poll found that 59 per cent of people believed that the prime minister should quit, with just 30 per cent stating he should remain in his role. But one former cabinet member said: “He will never quit.”

“You didn’t need a focus group to tell you it would land well,” said one Johnson ally. “It was a really good example of proper, grown-up politics.”

The Resolution Foundation think-tank said the measures to deal with rising energy bills were “well targeted” and were now “highly progressive”; Sunak had belatedly addressed the real pain facing the poorest in society.

The £400 grant to all households showed he had not lost sight of wealthier Tory voters, some of whom — like Sunak — own more than one home and will enjoy multiple payments. Sunak said he would give his to charity.

Johnson had initially opposed the windfall tax plan, originally proposed by the opposition Labour party, arguing that he would be incurring a lot of political pain — notably from rightwing Tory MPs — to secure only £2bn in extra revenue.

Kwasi Kwarteng, business secretary, Liz Truss, foreign secretary, and Jacob Rees-Mogg, Cabinet Office minister, were among those arguing the chancellor should cut taxes, not put them up.

It was only when Sunak reassured the prime minister that a windfall tax on North Sea oil and gas companies could raise £5bn this year — and that he could extract a further £3bn-£4bn from “the extraordinary profits” of electricity generators — that Johnson endorsed the plan.

“The gain had to be worth the pain,” said one ally of the prime minister. Sunak now has a lucrative new tax revenue stream until December 2025, at which point his “energy profits levy” will expire.

The fiscal details are important because the promise of tax cuts are Johnson and Sunak’s best hope of keeping restive Tory MPs on board and offering a brighter future to voters at the next election, expected in 2024.

Sunak on Friday argued that raising money from energy companies was a “pragmatic” way to fund at least part of his £15bn spending package while making only a “minimal” impact on inflation.

The chancellor has baked into his figures £30bn of “headroom” in election year: the leeway would still allow him to meet his fiscal rules and show he was bringing borrowing under control.

Tory MPs are now eyeing that war chest and will be putting huge pressure on Sunak to use his autumn Budget to start cutting income tax.

However, the chancellor, whose damaged reputation has been partly repaired by the well-received energy package, may want to deliver but will fret about the danger of pouring fuel on the inflationary fire.

In the meantime, he indicated on Friday that he stood ready to spend more to help people further if the cost of living crunch intensifies further. “I’ve always been prepared to respond to the situation on the ground, what’s happening to the economy,” he said.

Johnson’s political breathing space could be short lived, however. Next month the Conservatives will seek to defend seats in two by-elections and voters could be withering in their verdict of his recent performance.

Bookmakers make Labour odds-on favourites to win the “red wall” seat of Wakefield, while the Liberal Democrats are odds-on to overturn a Tory 24,000 majority in the “blue wall” of Tiverton and Honiton.

“There’s much concern about the PM,” said one west country Conservative MP, a sign that Johnson may have survived the week, but disquiet over his performance has not gone away.