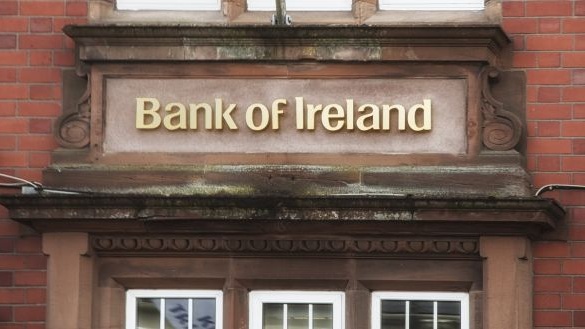 Bank of Ireland’s decision to discontinue a loan available to graduate medical students has been described as a “catastrophic” move which will “remove the last viable option” for students from diverse backgrounds to become doctors.

Irish students seeking bank loans to cover the cost of the course’s fees have previously complained that the fees already outstripped the maximum available bank loan, capped at €15,000 per annum, from Bank of Ireland.

Graduate entry students are those who have begun a medical degree having already secured a separate undergraduate degree, such as general science, before sitting the Graduate Medical School Admissions Test (GAMSAT) exams and beginning Medicine as a postgraduate.

A minimum of a second class honours undergraduate degree is required. Although only graduates are eligible, it is equivalent in standard to the undergraduate Medicine degree.

Due to the course being a second degree of the same level, students are not eligible for grants.

However, the previously available loan is now to be phased out by BOI from July.

“This removes the last viable option for students to progress. It’s catastrophic and the State needs to respond by ensuring the gap is addressed either through a reduction in fees or appropriate funding,” Ruairí Power, UCD Students’ Union President said.

The GEM course was “brought in to make sure there’s a diverse range of people put forward to the medical centre … We need to make sure nobody is left in the lurch by Bank of Ireland’s decision,” he said.

The results of a survey completed by Irish GEM students last week from four colleges which offer the course showed 92 per cent said they would require external financial support to pay university fees.

Of those surveyed, 74 per cent either currently have or would have eventually sought to avail of the BOI loan. Most students who responded to the survey were also paying rent.

One UCD student told the Irish Times the decision would “certainly hamstring students from low and middle income backgrounds that may have already sat the GAMSAT and are awaiting a college offer.”

“Add rent and cost of living, and commuting costs on top of this for people from the country like myself and you can really see the programme is incredibly cost prohibitive,” he said.

The decision to phase out the loan came as a “nasty surprise” to existing students who are currently preparing for summer exams.

“This loan is the only financial support option at the moment for people considering this course. The panic and distress is really palpable,” another student at UCD said.

“The loan wasn’t fit for purpose but it was our only option. This will limit the diversity of people the course is accessible to.”

A spokesman for Bank of Ireland said the loan had required a parental guarantee “which was not an option for all students”.

“The deferral of repayments meant accumulated debt by the end of the term. It has accounted for a very small volume of our overall lending and the number of applications has dropped in recent years, while our other loans became more popular,” the spokesman said.

The Department of Higher Education said it would be “seeking further information” about the discontinuation of the loan. The spokesman said some students on the GEM course “may also be eligible to apply to the Student Assistance Fund”.

This fund does not cover tuition fees or student loan repayments but helps with costs such as books, food and travel.