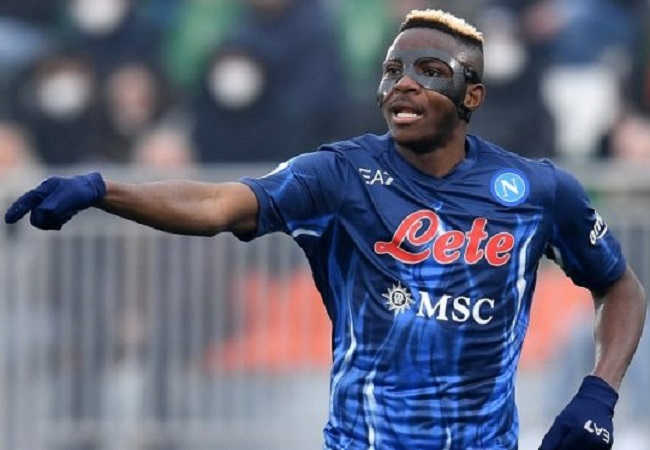 The Nigeria international Victor Osimhen could reportedly leave from SSC Napoli during the upcoming European summer transfer window as the cllub’s legend Salvatore Bagni has claimed to have received important news about interest in the player from top English clubs.

Having impressed in the ongoing 2021-22 campaign, Osimhen has netted 16 goals from 27 matches across all competitions for Napoli this season as the Super Eagles forward established himself as one of the most dangerous strikers in the Italian Serie A.

Arsenal FC, Manchester United and Newcastle United have all been linked with Osimhen in recent times. And Bagni believes top teams are keeping tabs on the 23-year-old striker.

“I have received important news about the centre forward.” Bagni said on Napolipiu.

“They told me that all the most important teams in Europe, the ones that aim to win, are interested in the Nigerian. Is there a reason or not?”

Also Read : VICTOR IKPEBA URGES OSIMHEN TO BE HUMBLE IF HE WANTS TO GROW UP AS MANE AND SALAH

Osimhen joined Napoli from French side OSC Lille for a club-record fee of €70 million two years ago.

The Lagos-born player is under contract with Napoli until the end of June 2025.