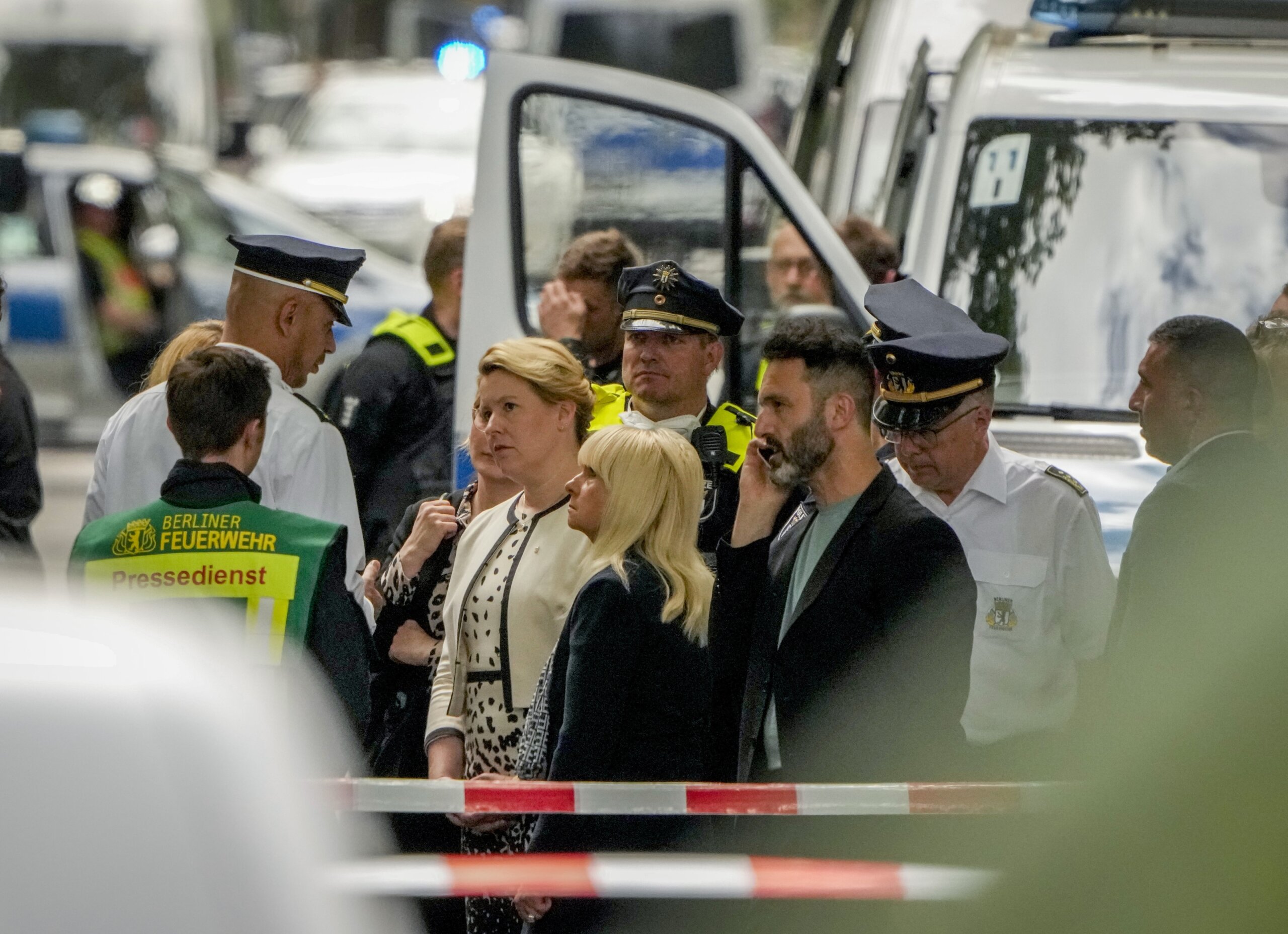 BERLIN (AP) — Investigators are trying to make sense of “confused” statements by a man who drove into a school group in Berlin in what appears to have been a deliberate rampage, the city’s mayor said Thursday.

Wednesday’s incident on a popular shopping street in the center of the capital left one woman dead, a teacher with the school group from central Germany, and six people with life-threatening injuries. Another three were seriously injured.

The driver, a 29-year-old German-Armenian who lives in Berlin, was detained swiftly after his car came to a halt in a shop window. Berlin Mayor Franziska Giffey said that, by Wednesday evening, authorities had determined that it was an “amok act by a really seriously psychologically impaired person.”

She told public broadcaster RBB Inforadio that investigators are working to determine the context and what if anything else influenced him. They are also “trying, with the help of a language mediator, to find out more from the partially confused statements he is making,” she added.

Berlin’s top security official, Iris Spranger, said on Wednesday that posters were found in the car “in which he expressed views about Turkey.” But she said there was “no claim of responsibility.”

Giffey said authorities don’t yet know whether the posters have any connection to Wednesday’s incident.

The car plowed into pedestrians close to the site of a 2016 attack in which an Islamic extremist drove a commandeered truck into a Christmas market, resulting in 13 deaths. Giffey said Wednesday’s crash “reopens deep wounds and traumas” associated with that event.