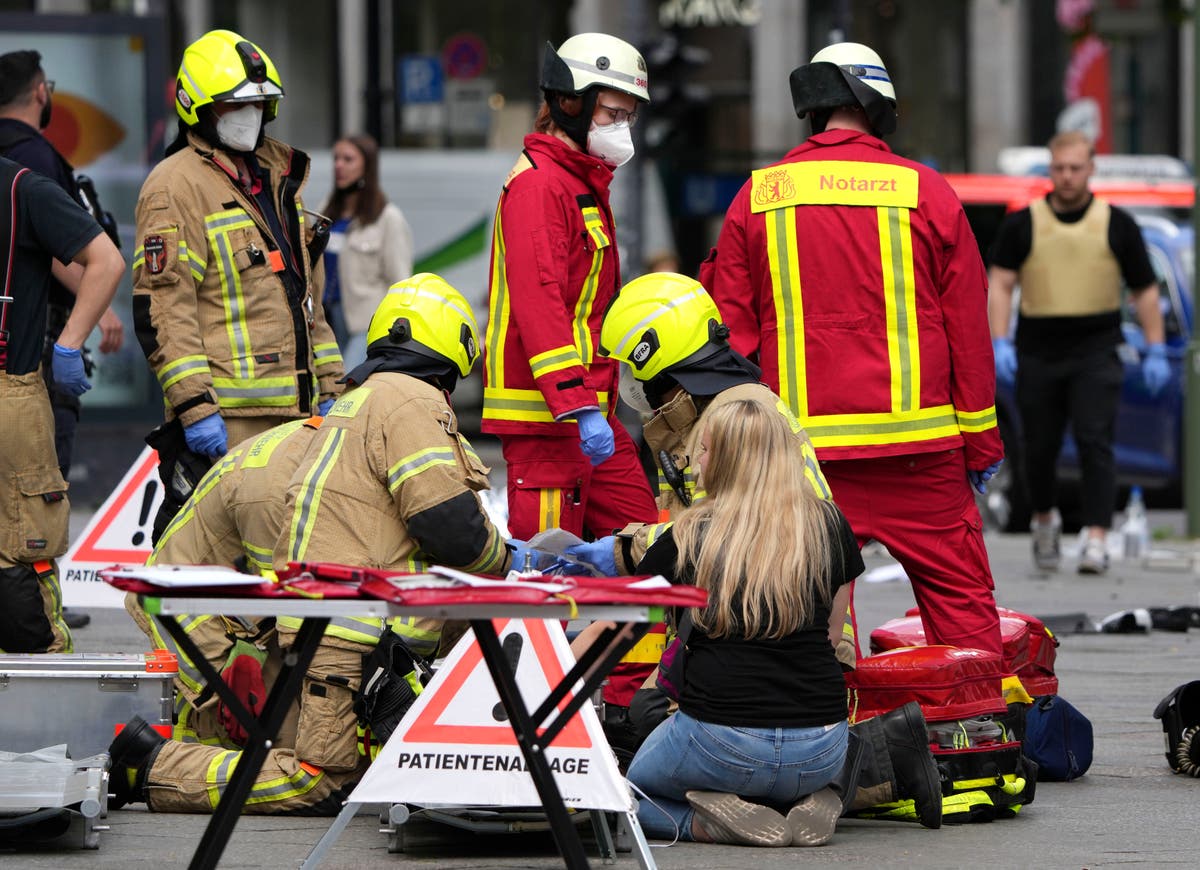 car has driven into a crowd on a street in western Berlin, killing at least one person according to Germany’s Bild newspaper.

The Berlin fire department reported no deaths but said around 30 people were injured in Wednesday’s incident.

It took place on Rankestrasse near the main shopping district’s Breitscheidplatz, the scene of Berlin’s 2016 Christmas market attack in which 11 people were killed.

It was unclear whether the incident was the result of an accident or whether the driver had intentionally driven into the crowd, he added.

Among those at the scene was actor John Barrowman, who posted footage from the scene.

He said: “It’s really pretty bad guys … There’s a lot of police, there’s a dead body in the middle of the road.”

He added: “There’s all the emergency services trying to help victims and people.”

“The police presence is unbelievable. They are clearing out the area but it was cordoned off, I heard the and the crash and we just saw the carnage.”