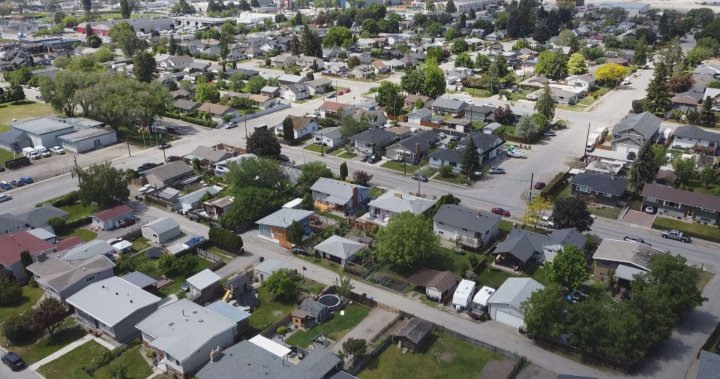 The price of a single-family home in the Central Okanagan dipped in May, if you consider a drop of 0.12 per cent a dip, that is.

This week, the Association of Interior Realtors (AIR) released its monthly report on market statistics, and the benchmark price for a single-family home in the Central Okanagan in May was listed at $1,130,400.

According to AIR, residential real-estate sales for May suggest that market activity is on a path to normalization, though demand still remains high.

But also down from one year ago: the number of units sold.

However, AIR says to take those numbers with a pinch of salt.

“While the number of units sold seems like a drop when comparing it to the historically high activity experienced in May 2021, sales across the region really only slid down 1.2 per cent compared to last month,” said AIR president Lyndi Cruickshank.

“At this time, that is a fairer comparison as it compares two normal months rather than comparing one month of unusual real estate movement with one that is within a normalized range. An apples-to-apples comparison, if you will.”

While AIR noted that the benchmark price for homes in the Southern Interior held their prices, the greatest increase came from condominiums in the North Okanagan, which jumped up 30.9 per cent from one year ago.

“It’s important for buyers and sellers alike to understand that sales are not the same thing as value. The value of homes in the region remains steady and hasn’t gone down, despite sales — which is the number of homes sold — dipping slightly,” said Cruickshank.

“Demand remains high in the region, even with the tightening of mortgage rates. Hopefully, we will see even more inventory coming onto the market in the warm summer months to help meet that demand.”