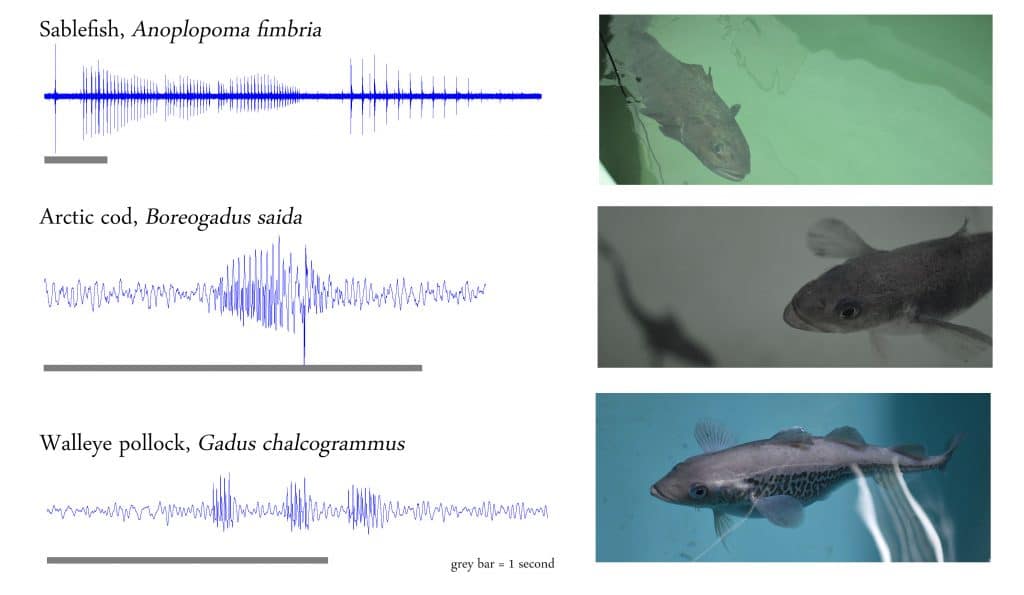 Fishsounds.net is an international effort, collecting more than 200 sound recordings of nearly 1,200 species.

Kieran Cox is a recent Ph.D candidate in Marine Biology at the University of Victoria, and one of the contributors to the first-of-its-kind project. He explains the crucial role sound plays in the lives of fish.

“If you go into the vast majority of bodies of water, you’re going to find that it’s very dark very quickly, there’s probably not great water clarity. Noise becomes this incredibly advantageous system to interact with, and fishes contribute to this,” he says.

Here are some of the sounds researchers have captured:

While people may not immediately think of underwater as a noisy place, Cox says the soundscape is incredibly dynamic.

“They’re really all around you. It’s about getting into the environment, and being still and listening.”

Understanding fish sounds also has implications for conservation efforts, according to Cox.

“The unfortunate reality is we’ve introduced a lot of noise pollution,” he says. “We need to understand, specifically, how we’ve changed those systems, what the implications are.”

Reproduction is one thing Cox says is influenced by sound, so attempts to increase or sustain fish populations could benefit from considering the impact of excessive, human-caused noise.

The online library is free and searchable, and Cox says one goal is to make it more interactive by allowing users to submit their own sound recordings.

“Really, this is the beginning of our approach to evaluating soniferous diversity, or fishes that make noise.”

The post ‘Being still and listening’: Canadian researchers contribute to first-ever library of fish sounds appeared first on CityNews Calgary.