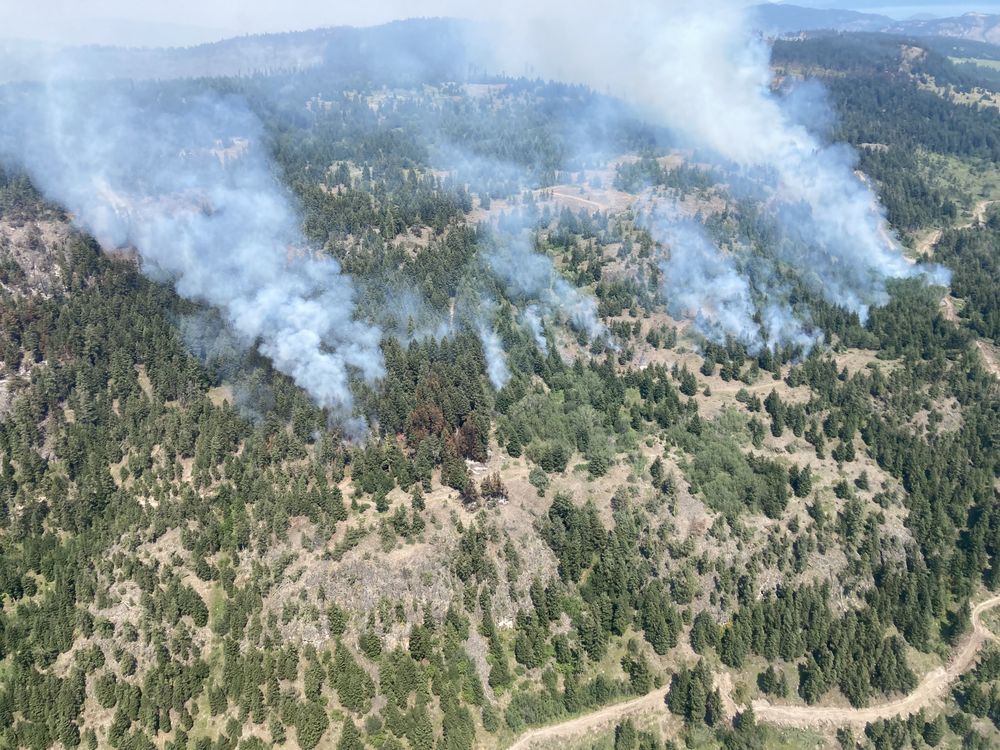 69 per cent of wildfires ignited by lightning strikes are now classified as out, under control or being held

A spokesperson for the BC Wildfire Service says 80 per cent of the 212 new fires sparked across the province since Wednesday were caused by lightning.

Briana Hill says the service was well prepared and 69 per cent of all of those ignited by the strikes are now classified as out, under control or being held.

The service says in a statement that this is not unusual as August is typically an active month for lightning strikes in the province, second only to July.

She also notes that though officials were concerned about wind causing fires to spread quickly and unpredictably throughout the weekend, the service was pleasantly surprised it did not have a significant impact.

She says the service is now predicting rising temperatures and less convection, which means much less lightning activity is expected in the coming week.