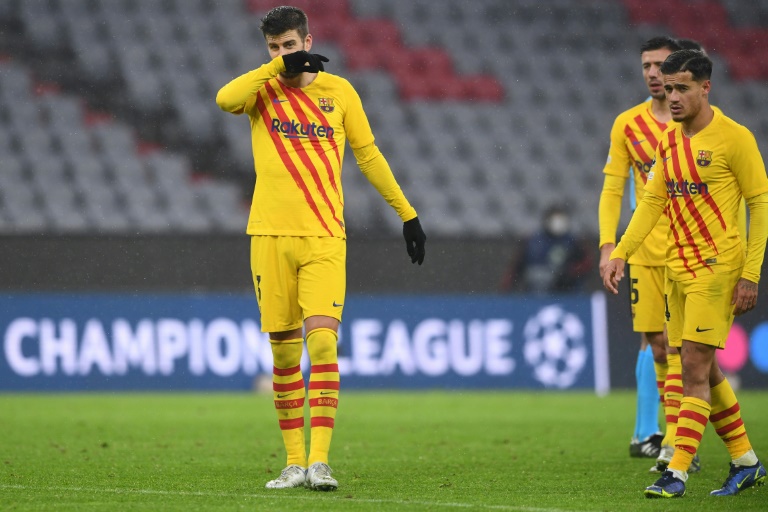 FC Barcelona and the club’s senior players are on a mission to fight fake news after a journalist published what he claims to be the salaries of the club’s top earners. The club is not happy about the “inaccurate” reports and Gerard Pique went as far as publishing his personal bank statements to debunk the news.

Over the past year, it has been reported that Pique, Sergio Busquets and Jordi Alba have all agreed to take pay cuts in order to help the club through the financial crisis that was exacerbated by the novel coronavirus pandemic. However, Marca reports that journalist Lluis Canut claimed the payments are only deferred, and he shared what he believes to be the players’ salaries during an appearance on TV3.

Pique took to Twitter to immediately slam the claims made by Canut. “People like [Canut] charging public television to go on and defend their friends. Here is 50 percent of my [base] pay, as paid on Dec. 30. Have a little respect for yourself,” he said, alongside a screenshot of an online banking statement. According to the statement, Pique now only earns a base salary of around 2.3 million euros net.

The club also issued a statement and clarified that they have never revealed any figures to the journalist involved and that the amounts are inaccurate. They also said that the salary cuts were not simply deferrals, as alleged by the false report. On the contrary, the concerned players gave up part of their previous salaries and have signed new contracts that reflect the lower wages.

“We consider it inappropriate, unprofessional and that [Canut] has acted in bad faith by offering this information as truthful. We regret that data of this type is provided because it infringes the personal rights of the players and deserves, when the information is true, confidentiality,” read the statement.